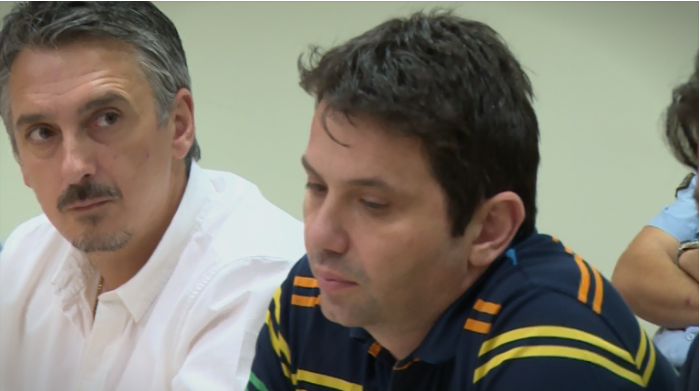 Visibly weakened, nervous, exhausted, confused – that’s the condition of Mile Janakieski, who has been on a hunger strike for 13 days in the Sutka prison, his wife Sanja Janakieski and the lawyers testify.

Although he does not want us to inform the public about his condition, this no longer makes sense. I do not see that the strike has any effect on justice, but only on his health. He has never had kidney problems before. This infection is a result of the strike and the prison conditions, the wife of  former Minister of Transport and Communications Mile Janakieski, Sanja Janakieski, told Republika.

The lawyer Aleksandar Novakovski, who represents him in the “Spanish Steps” and “April 27” cases, confirmed that he does not want to inform the public about his condition. Novakovski says that Janakieski is exposed to health risk, given how many trials are ahead, and that it will be difficult for him to attend them.

If this continues, he will not endure the processes, Novakovski told Republika.

At the moment, Janakieski and the defense are waiting for the Court of Appeal to schedule a public session to review the appeal of the Criminal Council’s decision on detention. Although the deadlines have been missed, the Court of Appeal has not scheduled a meeting yet.

Republika also tried to contact the Ombudsman, who acted on a complaint from Janakieski’s wife, but we did not receive an answer as to the conclusions from the visit of Janakieski to the Sutka prison. His wife has not yet received an answer as well.