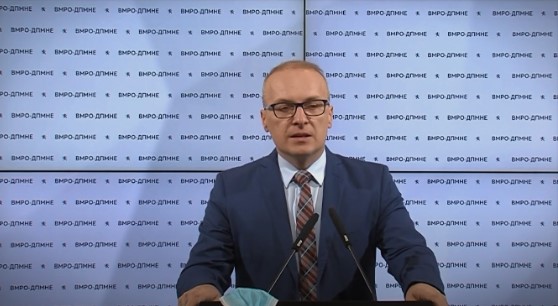 VMRO-DPMNE MP Antonio Milososki at today’s Parliament session on the Draft Law on Prevention and Protection from Violence against Women and Domestic Violence supported this law and agreed that the Labor Ministry and the body that will deal with this issue in the future not only should they keep a register of victims of gender-based violence, but also a register of perpetrators of gender-based violence. He proposed the introduction of the norm for gender-based violence against women as a criterion in other laws as well, especially in the laws on election of mayors, MPs, government ministers and other state positions…

Milososki in his speech before the MPs presented hitherto unknown information to the public and said that there is a member of parliament who raped a woman, and for that he served his sentence.

We have a fellow MP who raped a woman. He served his sentence but still holds a high-ranking position. I ask the proposal for a man who committed gender-based violence against women not to be able to hold a high-ranking position as mayor, MP, minister to be included in the laws for election of mayors, MPs and government, Milososki said.

Milososki did not reveal the identity of the MP, as he said, out of respect for the victim.

Charges filed over a brutal rape in Skopje