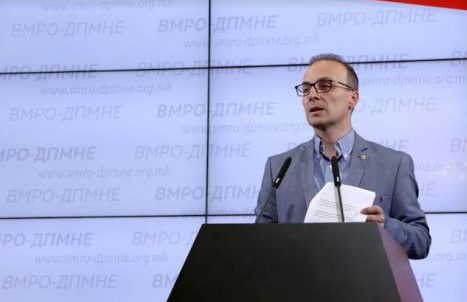 The letters that Katica Janeva sends from prison are not on her own initiative, says MP Antonio Milososki, who, after today’s meeting of working groups on the prosecution law, said they were far from reaching an agreement with the government.

The key differences remain without a common consensus. We have strong arguments to offer a consensus on the adoption of a quality prosecution law, but it mostly depends on the political will and the Ministry of Justice. It amazes me that the SDSM/ DUI coalition is submitting amendments that the government has already accepted. We are all witnessing letters sent from prison. We have a comment: every detained prosecutor is considered to be out of work, suspended. The letters are not on her own initiative, it is a well-coordinated action between Zaev, racketeer Janeva, the Justice Minister, Vilma Ruskoska and prosecutor Joveski, Milososki said.