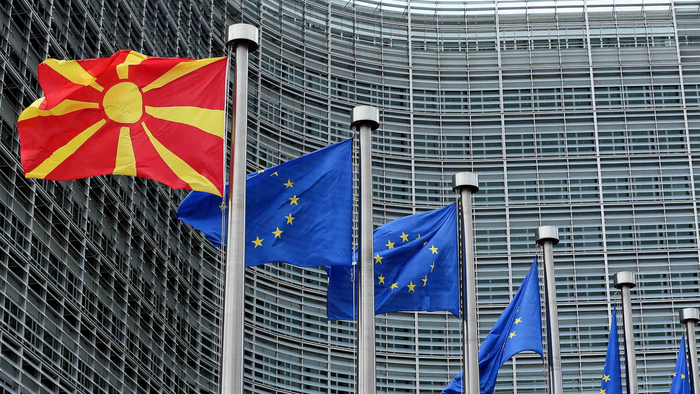 VMRO-DPMNE official Antonio Milososki is warning that Macedonia may find itself stuck out of the European Union as long as until 2030, after enlargement was not included among the priorities outlined by the EU. The draft 2030 strategy, prepared by the European Commission, European Paliament and the EU foreign service discusses climate change, demographics, urbanisation and other issues, but not EU enlargement.

Therefore, respected colleagues – politicians, don’t go looking for the roots of anti-EU and anti-enlargement moods in Macedonia, Serbia, Bosnia, Montenegro, Albania or Kosovo. Look for them inside Brussels, and inside three or four influential member states, Milososki said while pointing to the strategy.

Macedonia is facing the prospects of being denied a date to open EU accession talks even after underwent a humiliating and forced name change process. European Commissioner Johannes Hahn shocked the country recently when he said that, instead of a date to begin accession talks, Macedonia will be allowed merely to enter some preparatory stage that falls short of accession talks. Macedonia already broke new ground in non-accession talks in 2005, when it was declared an EU candidate country but was not allowed to begin the accession talks. Then, in 2009, it was declared that it meets the criteria for accession talks, but Greece blocked them at the political level – in the European Council – where it used its veto right. Now, despite the traumatic and forced name change process, and after solemn promises that this major concession with national interests and loss of sovereignty it will finally and certainly lead to accession talks, Macedonia faces being stood out again.

Former EU Ambassador in Macedonia and outspoken supporter of the Zoran Zaev regime, Erwan Fouere, also expressed his disappointment with the situation and warned that it will cost his favored political option in Macedonia.

It’s disappointing that the European Commission did not respect the deadlines to publish its progress reports this week. I think this is a strategic error. If the EU does not reach the decisions which are expected to be reached, it will undermine its credibility and its commitment to enlargement, Fouere said in an interview with the recently renamed “Media” Information Agency.