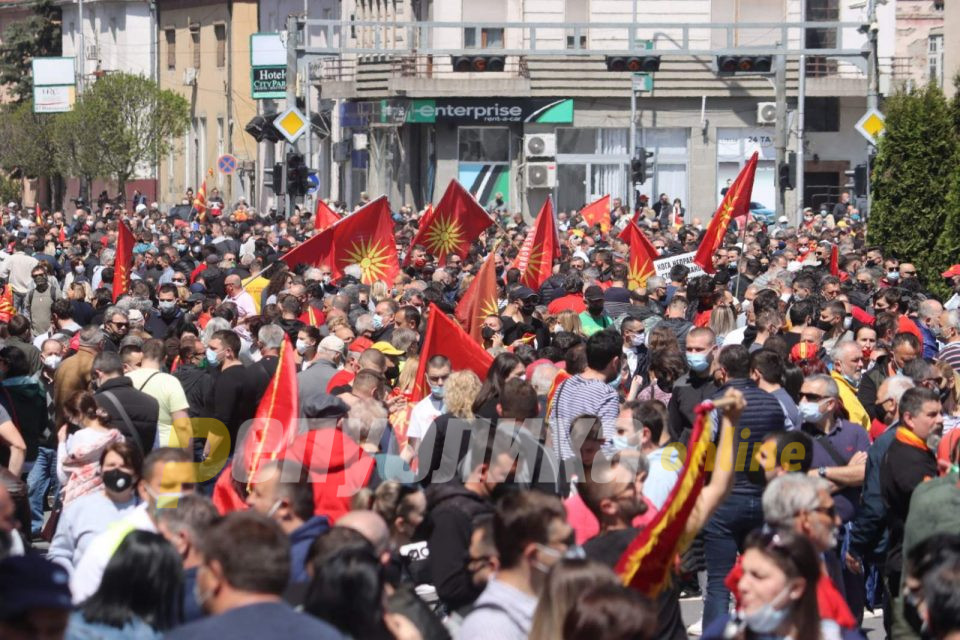 VMRO-DPMNE official Antonio Milososki said that the largest party in Macedonia is on the same page with the majority of citizens and wants early elections to take place as soon as possible.

The only parties who are afraid of early elections are SDSM, DUI and some smaller parties that get benefits from their proximity to power, like LDP, Milososki said.

He added that VMRO hopes to form the next ruling coalition with its partners, the Alliance of Albanians and BESA. But Milososki reminded the public that the majority needs to have the so-called Badinter, double majority, which means majority of the votes of ethnic minority representatives in Parliament. This might mean that the DUI party, which has for decades dominated the Albanian vote, may be the key to this majority.

If there is no other way to reach this criteria, then the election results will give the answer to the future coalition, Milososki said.