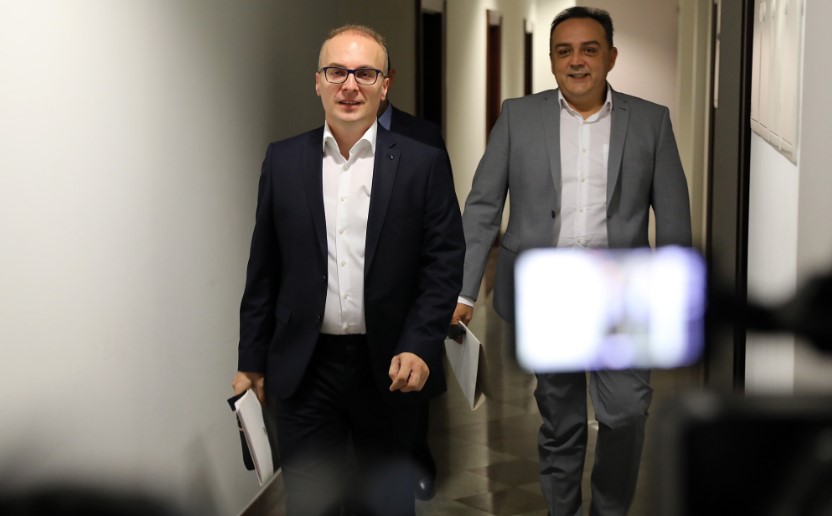 Former Foreign Minister Antonio Milososki believes that Macedonia won’t easily get back on the EU agenda, now that it is fixed in the so-called Mini Schengen regional initiative. Milososki describes divisions in the Macedonian diplomacy, mainly between Foreign Minister Nikola Dimitrov and Deputy Prime Minister Bujar Osmani over whether to even ask for decoupling from Albania, which was the best chance to receive a date for EU accession talks, and now the country is firmly lumped with Albania regarding the date.

Nikola Dimitrov and Bujar Osmani were a discordant duo, the former would shyly push for decoupling of Macedonia from Albania, while the latter nearsightedly followed party rather than national interests. Many of their interlocutors in EU member states were left confused by this harmful dualism in the Macedonian foreign policy. This contributed to the situation we find ourselves in, that instead of opening accession talks in Brussels, we are now at the Mini Schengen table with Albania and Serbia. It won’t be easy to correct this diplomatic blunder, Milososki said, adding that the Croatian presidency with the EU Council offers some hope, but there is not much time to have the EU countries approve the changes France demands in the enlargement process by then.

– Macedonia might be given a date during the German presidency, in the second half of 2020, the VMRO-DPMNE official said.

In an interview with Magazin, Milososki calls on Dimitrov and Osmani to offer their resignations, after outgoing Prime Minister Zoran Zaev agreed to resign and hold early general elections.

Zaev resigned because of the overall badly managed policies, the widespread corruption, unstable economic and tax policies, the extortion of various companies, failure to make true on his rosy promises given to the young people and the students.. But Dimitrov and Osmani have direct political responsibility for the fiasco in Brussels and should have at least offered their resignations. They knew the French position months before the Council. They lied to the people that we have received a date for accession talks and now they want to shift the blame on someone else. It was so dishonest to manipulate the public with celebrations and quasi music festivals to get them to vote in the referendum for a European Macedonia, and then end up serving them a “North Macedonia” at the Mini Schengen table. Were they violating Parliament procedures, assaulting the Constitution and arresting and then pardoning members of Parliament just to have us join this Mini Schengen?, Milososki asked.

According to Igor Janusev, the general secretary of VMRO-DPMNE, anyone who criticizes the government, who has his own opinion on things, about any problem or trouble they have, they are immediately accused by Zaev and his pro-government followers of spreading fake news. That is the encyclopedic example...
Macedonia 03.04.20 | 21:36