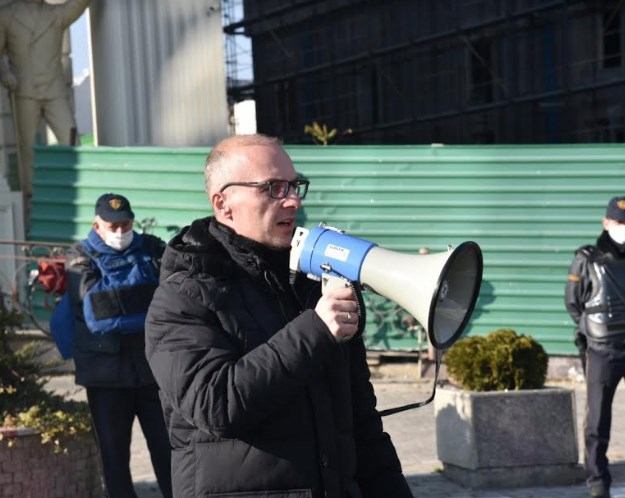 Former Foreign Minister Antonio Milososki led the protests in front of the Foreign Ministry building today, which is being blockaded for several hours by VMRO-DPMNE, in protest against the expected new round of concessions to Bulgaria. The two countries are holding secretive talks as the deadline until the European Council draws closer and is now down to a week.

We demand the resignation of Foreign Affairs Minister Bujar Osmani and his three associates who negotiated with Bulgaria all this weekend. In whose name are they negotiating and what are they agreeing to? Who gave them the right to give away our tradition, our national interests, our history, literature and the language of the Macedonian people. Bujar Osmani and Deputy Prime Minister Nikola Dimitrov won’t come to the Parliament to testify because they are used to conducting secret negotiations. The Macedonian people is being asked to pay the price of their failed negotiations and policies, Milososki said.

Bulgaria demands that Macedonia accepts a new reading of history, dictated by Bulgaria, and to agree that the Macedonian language and the Macedonian nation in general are derived from the Bulgarian.

Zaev is trading away something no-one before, not Kiro Gligorov, not Nikola Kljusev, no president or prime minister of the country, was even considering givign away – our national dignity, our history, our national heroes, ASNOM and Ilinden, everything that belongs to this people and is part of our statehood. It is part of the European values that we protect our national heroes, our membership in the anti-fascist coalition, to respect Ilinden, to love our people and to promote it across Europe, Milososki said. 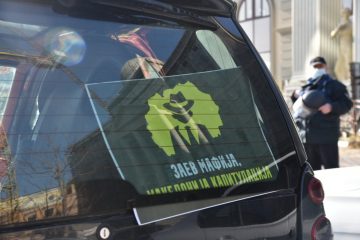 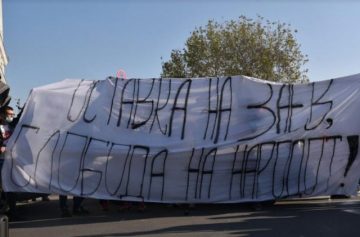 Member of Parliament Dafina Stojanoska warned that there are many business interests that are included in these deals, pointing to the Zaev family and its extensive dealings in Bulgaria. “Long ago Zaev made promises to business lobbies and now he needs to deliver”, Stojanoska said. Bulgaria has officially blamed Macedonia of failing to facilitate the entry of Bulgarian businesses on the Macedonian market, and it is widely speculated that major banks and companies will be taken over as part of the deal Zaev is making with Bulgarian Prime Minister Borisov. 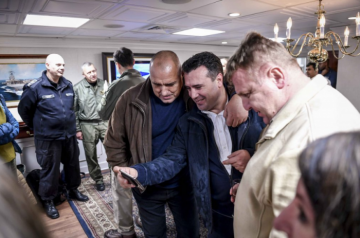 Milososki and Stojnoska were was joined by Sergej Popov, leader of the youth organization of VMRO-DPMNE, who demanded resignation from Zoran Zaev and all who abet him in his policies of national surrender. “We will strongly resist the selling out of the Macedonian national interest and of our history. Of everything that makes us unique”, Popov said. 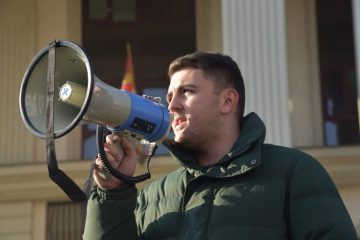 German Ambassador: Agreement with Bulgaria must be implemented

Nikoloski: EU knows very well about corruption in the country and the Prime Minister’s brother business

Major shortcomings in the census law: If you are not at home, you will be registered by a family member who knows you best

German Ambassador: Agreement with Bulgaria must be implemented

There are good neighborly relations between Macedonia and Bulgaria. Bulgaria was the first to recognize Macedonia as independent and is a strong supporter of the Europeanization of the entire region, especially the process of bringing Macedonia closer to the EU. Apart from that, there is the Good Neighborhood...
Macedonia 22.01.21 | 21:47

Nikoloski: EU knows very well about corruption in the country and the Prime Minister’s brother business

Major shortcomings in the census law: If you are not at home, you will be registered by a family member who knows you best

Macedonian and Bulgarian historians will hold a technical meeting