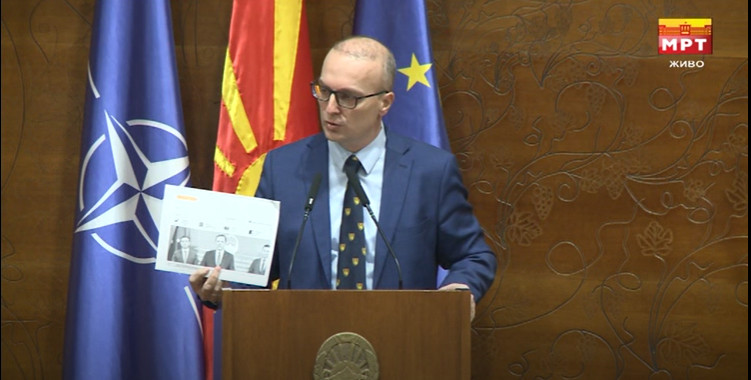 The citizens are tired of the incompetence of the SDSM and DUI government. You do not have electoral legitimacy, you have not received legitimacy from the citizens, said Antonio Milososki from VMRO-DPMNE.

You brought the citizens from life for all to a crisis for all, from one society for all, from the best for my municipality we came to bitcoin mining by Elvis and Gabriel, said Milososki.

Regarding foreign policy, Milososki noted that Bujar Osmani is not suitable to lead that sector and that the government of SDSM and DUI is the one that has received dates that no one has seen, and their scandals damaged the image of Macedonia before the international public.

The foreign policy team is very weak and compromised. In my opinion, the current government will be remembered as the only government that has not had an ambassador in Washington for 4 years. We are all talking about the strategic partner USA, but now there is no ambassador for 4 years. They tried to appoint Frckovski, but that attempt failed because Frckovski is the only one for whom we received a verbal note that he is not eligible to be ambassador and that ranks the government very low in foreign policy. Then an unsuccessful attempt to send him to the United Nations. The third thing is Mile Milenkovski, a candidate for deputy ambassador to the OSCE who transported businessmen from Armenia and is now not a consul, but is in Vranje. That is why the proposal for Minister of Foreign Affairs is not good, Milososki emphasized.