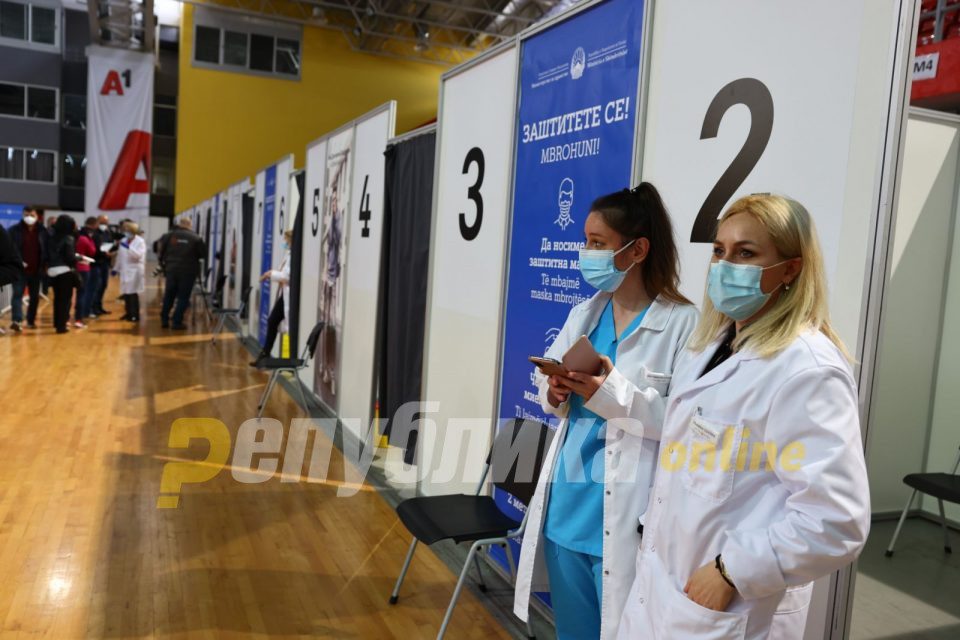 Healthcare Minister Venko Filipce acknowledged that Macedonia ran out of vaccines and said that the expected deliveries of Sputnik and Sinovac vaccines are still uncertain.

The vaccination centers are currently focused only on the mandatory second dose for citizens who were already vaccinated once. Ten thousand such citizens were vaccinated yesterday, but less than 600 received the first dose. The Ministry keeps the vaccines needed for booster shots in reserve and has few vaccines for the more than 400,000 citizens who are waiting to get the first dose.
Bulgaria and Greece are expected to buy Filipce a few more days with the announced donation of 70,000 Astra Zeneca vaccines, which are given only to people over 60. Pfizer also delivers about 10,000 doses a week.

But the main delivery that is expected is of 500,000 doses of Sinovac vaccines – Filipce acknowledged that this is the only manufacturer who offered a large quantity of vaccines, and dismissed fears about its efficacy. Sputnik is another option, but Macedonia recently kicked out a Russian diplomat for an unspecified infraction. At the time Filipce expressed his hope that this will not affect the delivery of Russian vaccines, which was expected in late May.

We still don’t have a date for Sputnik and Sinovac. Sputnik was supposed to come in late May, but it’s still not here. I spoke with the Russian Ambassador, and he said he will speak to their Institute. We should have the Sinovac vaccines in early June, the first week or the first 10 days, Filipce said.

Over the past several days, the Healthcare Ministry issued optimistic press releases, insisting that the vaccination process is proceeding well and pointing to the high number of booster shots, while avoiding the fact that almost no first doses are being given.