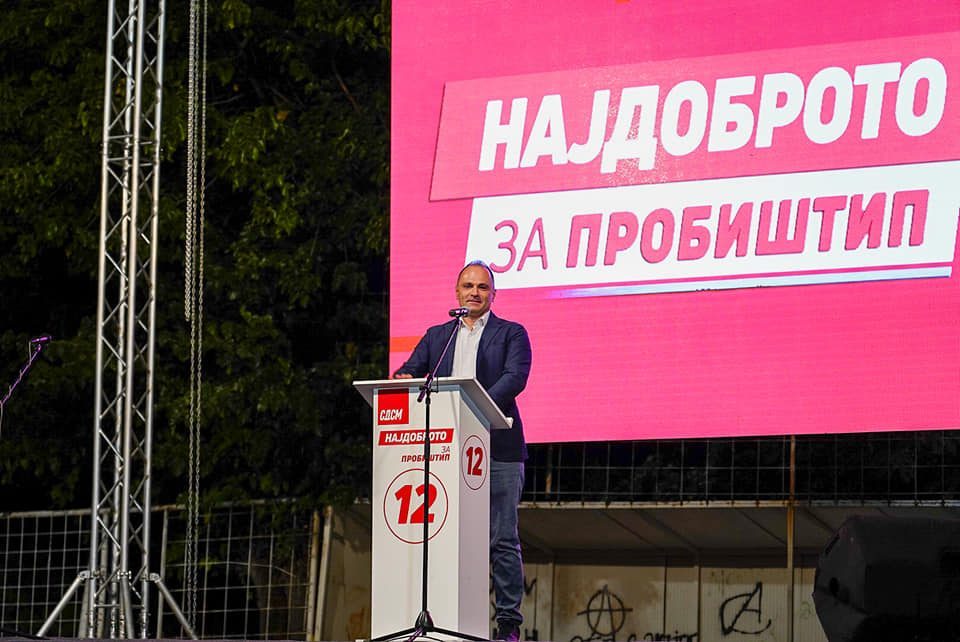 As he faces calls for resignation because of the mishandling of the coronavirus pandemic and the catastrophic fire in the Tetovo Covid hospital, Healthcare Minister Venko Filipce is spending his time engaged in the election campaign of his SDSM party. Yesterday, Filipc was in Probistip, where he declared that “we have earned the right to ask for your votes once again”.

We proved that we can do it, we can increase the average and the minimum wage, hike the retirement incomes and increase the welfare payments 300 percent. We are investing in kindergartens, schools and in hospital reconstruction, Filipce said in his remarks, while ignoring the disaster over which he offered his resignation after being pressured by the public but is apparently working with Zoran Zaev to have it kept in his drawer.

SDSM invested heavily in Filipce early in the pandemic, with an extensive PR campaign meant to present him as a competent manager of the crisis. But Macedonia persistently had exceptionally bad coronavirus death and infection rates during the pandemic, and the deadly fire that killed 14 people on September 8th was only the last straw.