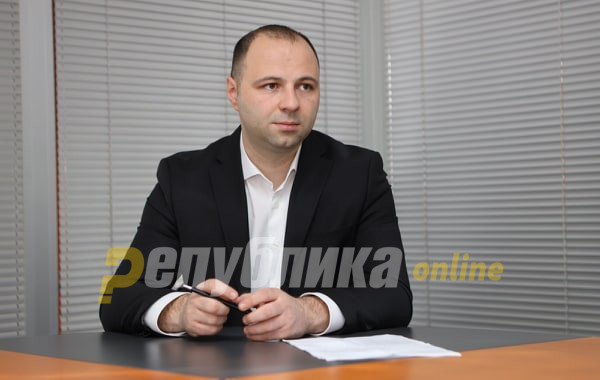 The Vice President of VMRO-DPMNE, Vlado Misajlovski was on the “Sto ne e jasno” show where he referred to the poor policies of the Government regarding the corona pandemic, the misuse of EU funds, as well as other political topics.

According to Misajlovski, the EU money that was given to the state for the implementation of certain projects, will have to be in the report which is a transparency in terms of money spent.

Justice, says Misajlovski, although it was the main slogan of the protests when SDSM walked the streets and asked for a chance to rule the country, now we are all sure that there is no justice in Macedonia.

According to Misajlovski, Bulgarian politicians can say whatever they want about their history, but not about the Macedonian history. National interests are not a small thing, nor something that can be neglected, it simply must not give in to such issues.

Bulgarian politicians say Goce Delcev was a Bulgarian. Not only is this not true, but such thinking is more than comical. Goce Delcev is Macedonian. He was born a Macedonian and died a Macedonian and that’s it. There is nothing more to add here. No one is allowed to talk, negotiate or make any decisions over  revolutionaries like Delcev, Karev, Pitu Guli and everyone else. They are all Macedonians and nothing else, says Misajlovski.

For four years we haven’t seen a single investor in Bitola, but we see closed companies and companies racketeered by the government