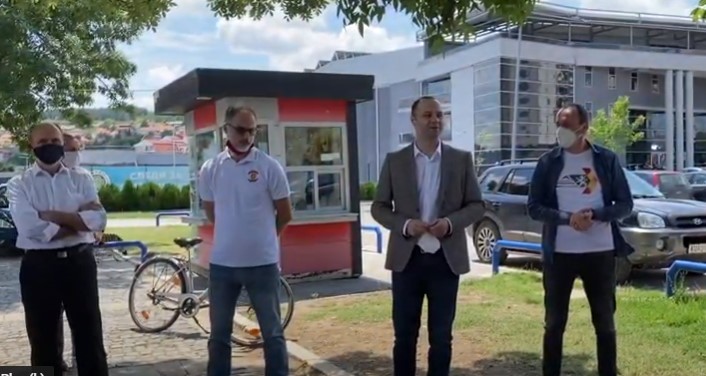 VMRO-DPMNE Vice President and head of the MP candidate list in the second electoral district, Vlado Misajlovski visited Thursday the Municipality of Kumanovo, where he stressed that citizens are more and more disappointed because crime, corruption, racketeering are flourishing in Macedonia and it’s time put an end to that and everyone who has broken the law to be held accountable.

Misajlovski said that it was time to change what was happening both in Macedonia and in Kumanovo, which SDSM neglected, even though it had been under its rule for years.

We need a new modern Kumanovo because now it is neglected even though they have it under their control for decades. Kumanovo deserves much more, capital projects, higher salaries, these citizens deserve a better life to stay in Kumanovo. There are over 1000 projects in our program, we will visit all neighborhoods, we will hear all the problems that Kumanovo has and tomorrow together we will jointly defend those projects in the Parliament and the new government. We can do that, we promise and we will do it, Misajlovski emphasized.

Citizens of Kumanovo warned to prepare for a major storm