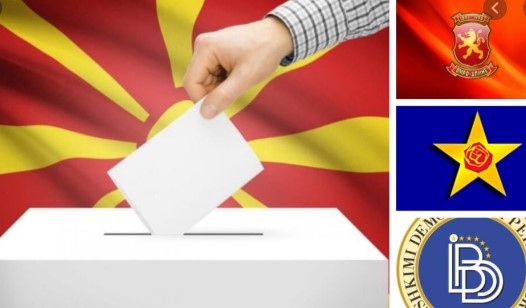 Today, pro-government media published a poll conducted by the research and development company “Stratum RD”. According to this poll, The SDSM/Besa coalition leads over VMRO-DPMNE, and in the Albanian bloc, DUI leads over Alliance for Albanians.

But what is more important is that for this poll, as well as for the previous “Brima Gallup” poll from a few days ago, it was not stated who ordered it is and for whose needs it was conducted. This is done with the sole purpose of manipulating voters before elections that the government has an advantage, although they are aware that the reality is different.

Confusion over the Brima Gallup poll, large percentage of undecideds expected to favor the opposition

But even in such conditions, the numbers of “Stratum RD” do not match. When the numbers of parties’ support are collected, the total number turns out to be more than 100 percent. Thus, in the style of Amdi Bajram, the total support that the parties have is 101 and 102.5 percent. 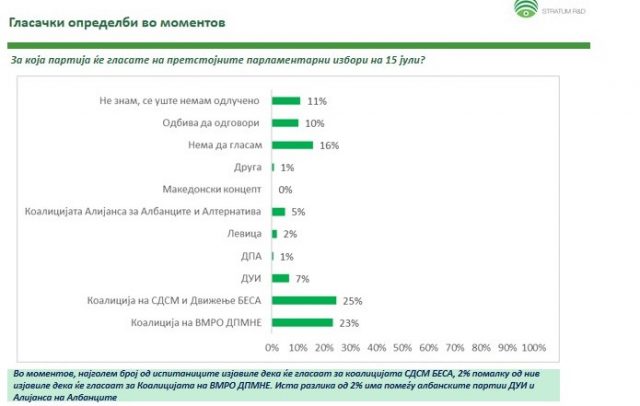 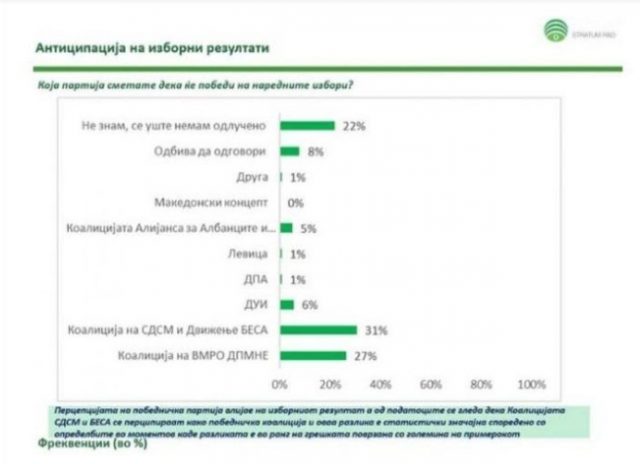 It is obvious that this agency is connected to SDSM and the government. VMRO-DPMNE spokesman Dimce Arsovski talked about it two years ago.

The owner of the “Stratum RD” company, Vesna Kuzmanovic, received a grant, although she was hired by the Fund to be a consultant to write project proposals for other companies that have applied. This means that she was hired to help write projects for other companies that applied for a grant from the Fund, and she herself received a grant for her own company, Arsovski revealed at the time.