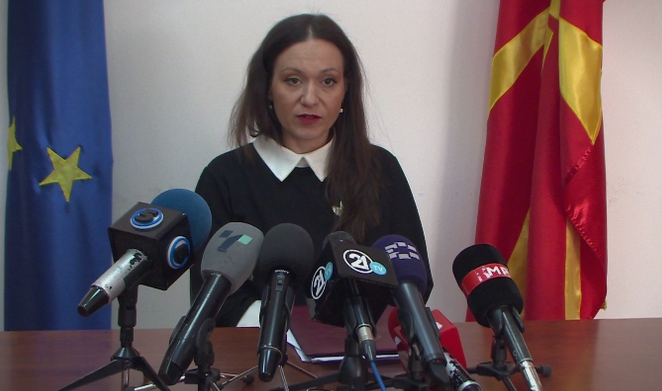 The removal of Rasela Mizrahi from the Government sparked outrage, especially on the right, as many activists and opinion-makers came to her support.

A police state punishing a person for her free speech? The interim Prime Minister Oliver Spasovski trampled the Constitution with the vote held in the middle of the night. We all have the right to self-determination, including Minister Mizrahi. Nobody can order her what to call our country, said professor Gordana Siljanovska – Davkova, who was the VMRO-DPMNE candidate at the presidential elections. 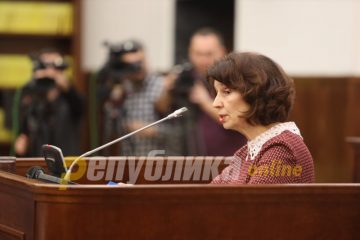 The ruling SDSM party demanded that Mizrahi is removed after she gave a press conference with a banner with the name Republic of Macedonia behind her.

To make matters even more ironic, Oliver Spasovski himself used the name Macedonia, without any adjectives, while discussing the importance of removing Mizrahi. SDSM demanded that Mizrahi is removed for a banner that was left over from the previous Minister Mila Carovska, and meanwhile their officials use the name Republic of Macedonia in official and unofficial capacity, said Lasovska.

Mizrahi’s colleague in the Government, interim Interior Minister Nake Culev, called her “my hero” in a comment.

Rasela Mizrahi showed that she is an exceptional and hard working person with a huge intellectual ability and motivation to work for our country. She showed the tremendous power of her will, dedication and ability to walk proud, Culev said. 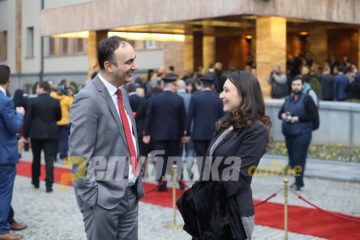 And political dissident Igor Durlovski, who was tried as “terrorist” by the Zaev regime, said that the move will backfire on the SDSM party.

Rasela Mizrahi, a proud Jewish woman from Macedonia. Inadvertently you launched her the political summit, the opera singer said.

Mucunski and Dimitrieska promise to work to help improve the country