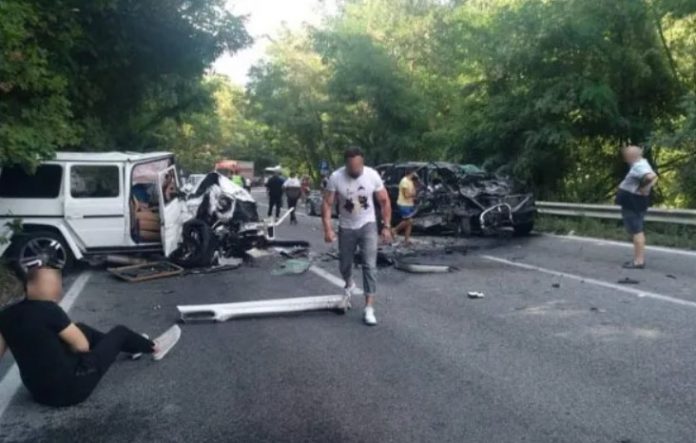 The Gostivar court issued a shocking sentence of just six months in prison to Zoran Mileski – Zoki Kiceec, for causing a traffic accident in which ha young father of two was killed.

Kiceec was supposed to be in prison for his role in the major Racket scandal, in which he was a bagman for Special Prosecutor Katica Janeva as she extorted millions from businessmen. But due to his close ties to the Zaev regime, Kiceec was given preferential treatment in the Struga prison, and allowed to leave at will for alleged health issues.

During one of these outings, while speeding along the mountainous Kicevo – Gostivar road with several Serbian business partners, Kiceec tried to overtake a car going over the full line. He slammed directly into a car driven by 34 year old Evzalj Selimi and killed him on the spot.

He initially remained silent before the court, but then asked for a plea-bargain through his lawyer. It’s unclear what the procedure was supposed to accomplish for the prosecution, given that there is no other culprit Kiceec could point to, but the prosecutor and the court accepted the offer and sentenced Kiceec for negligent homicide. Kiceec faced a sentence of four years in prison. He is already sentenced to three years in prison – the lightest of the Racket sentences where Janeva got 7 and his accomplice Bojan Jovanovski – Boki 13 got nine years.

Kiceec’s plea deal with the prosecution in the Racket case helped cut short the trial before it could get closer to Zoran Zaev, who was eventually identified by Boki 13 as the main culprit. Kiceec was later featured in a leaked audio tape in which he was heard discussing a bribe of 300,000 EUR from a controversial businessman from Montenegro to help arrange his meeting with Zaev and Zaev’s chief of staff Dragi Raskovski. The businessman, Miodrag Davidovic – Daka, eventually received approval to build a huge residential development in Tetovo.

Zoran Zaev is behind the scandalous real-estate development in Tetovo worth 200 million EUR, Nikoloski says