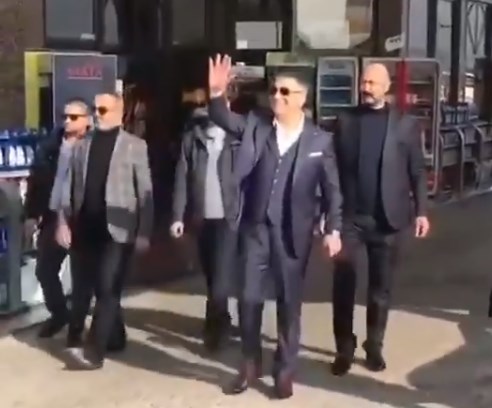 Additional footage of the Turkish mobster Sedat Peker who resided in Macedonia before his arrest in 2021 shows him walking with a retinue and greeting supporters around New Year. The footage was made at a stop on the highway between Skopje and Gostivar

Peker was given an identity card by the Zaev regime which enabled him to travel across the region. He was wanted in Turkey for extortion and drug dealing, but also for his involvement with the Gulen network of political extremists.

During his stay he met with officials of the Zaev regime and businessmen close to the regime. Footage shows Peker escorted by police vehicles and he had a police officer in his retinue.