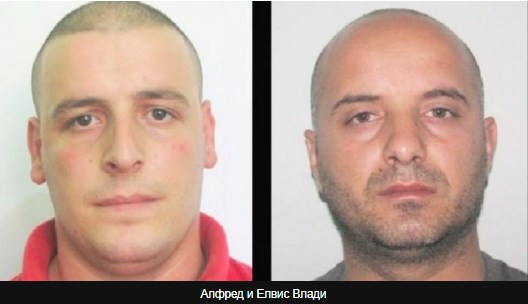 On October 16, 2018 at 12:07h, Elvis Vladi, an Albanian citizen, entered the premises of the administrative services of the Macedonian Ministry of Interior, took a photo, left a fingerprint and the next day he received a Macedonian passport under the name Selami Hoxha, “Mkd.mk” reports.

On October 19 the same year and on July 4 the next year, he left Macedonia with his Macedonian passport. At that time, there were already two international arrest warrants issued against him. The MoI clerks sentenced for issuing passports in the “Double” affair, or as the opposition called it “Mafia” affair, certainly did not help him to cross the border with the arrest warrants against him.

In March 2019, about nine months after the disappearance of Elvis Vladi, the Serious Crimes Prosecutor’s Office in Tirana received a copy of an agreement (April 3, 2018) between Elvis Vladi and Bledar Fejzo, a representative of the German firm BHF Consulting for procurement of a plot on Seman Beach in the municipality of Fier on the Albanian coastline. Seman is an underdeveloped zone on the coastaline, polluted by the local oil industry. After the testimony of the German national Carlo Rizzato that he gave the money to Vladi, the prosecution reclassified the crime and accused Vladi of “not reporting money at the border when entering Albania” – writes “Mkd.mk.