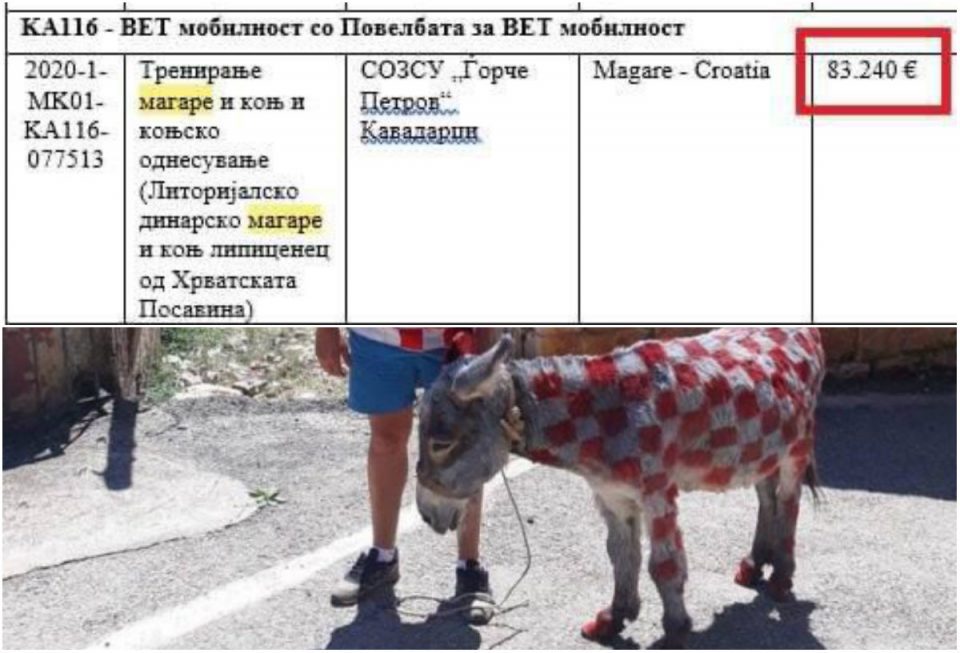 On the heels of the scandalous reports that a national agency paid out 270,000 EUR in educational grants to a hair salon, new revelations about the same institution are multiplying. A look at the programs that were approved by Lidija Dimova, head of the agency tasked with European educational programs and mobility (NAEOPM) shows that she paid over 83,000 EUR for a program to train a donkey and a horse implemented by a farm school in Kavadarci. A trades high school in Stip was paid over 54,000 EUR to send its students to work in cafes in Cyprus.

Calls for investigation after a hair salon was paid 270,000 EUR in European educational grants

But it’s the hair salon scandal that continues to plague Dimova, after photographs surfaced of her sitting in the company of Zoran Zlatkovski, the salon owner. Zlatkovski insists that he also organizes courses in various fields through an NGO organization, but used the salon to apply for the grant. 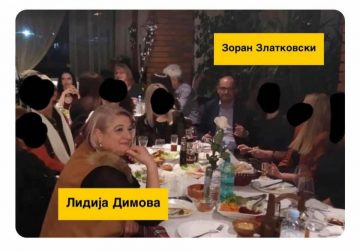 The photos raise the issue about his relationship to Dimova, who was also a prominent NGO organizer in leftist groups close to the ruling SDSM party. After grabbing power in the 2015 Colored Revolution, during which Dimova was an outspoken supporter, the SDSM party greatly increased funding for NGO groups and has diverted millions into the pockets of its affiliated leftist groups using various thin excuses. Much of the money managed by Dimova’s agency actually comes from the European Union, through the Erasmus and other educational programs, making the investigation into her actions a priority for the state Anti-Corruption Commission.