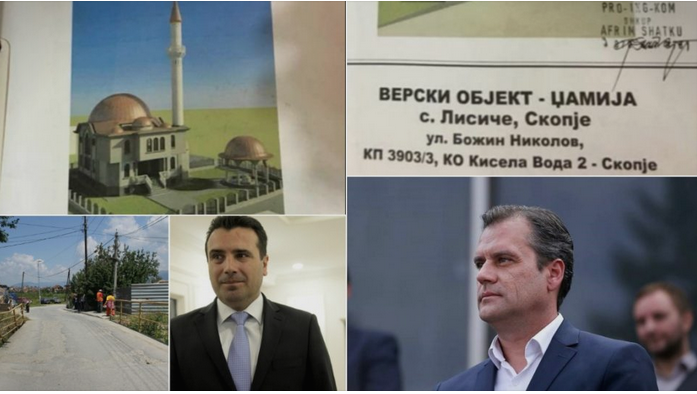 Citizens from the Lisice part of the Aerodrom district in Skopje are accusing the municipal authorities of quietly allowing the construction of a mosque in the area. The proposal to build a mosque in the overwhelmingly Christian Macedonian part of the city was first made in 2013, and was rejected by Mayor Ivica Koneski from VMRO-DPMNE, who said that there is only about a 100 Muslim citizens in Lisice and a large majority do not want a mosque there.

But the new Mayor of Aerodrom Zlatko Marin from SDSM is ignoring the construction which is already under way. Lisice citizens have turned to the social media to protest the construction. In an ethnically and religiously divided country like Macedonia with a history of communal strife, building places of worship is often seen as “staking out territory”.

A similar case in Ohrid, where the minaret of the Ali Pasha mosque was rebuilt despite having no approval from the city council showed that SDSM, which depends on Albanian votes to make up its widening gap among Macedonians, is going to fall on the side of the proponents of building new mosques, even if they are built in largely Macedonian areas.