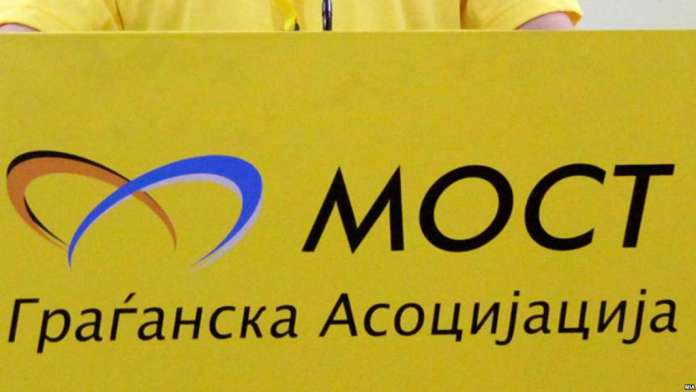 Polling stations in the second round of the presidential elections have been opened on time and no irregularities have been noticed in the voting so far, say Sunday the observers and the regional coordinators of the Citizens Association MOST, who are deployed at the polling stations.

The Citizens Association MOST at its first press conference informed that it monitors the second round of the elections with more than 1.500 observers. 1.160 observers are deployed at 1.160 polling stations, selected in accordance with a random representative sample, thereby covering 33% of the total number of the polling stations in the Republic of Macedonia.

The yellow short-sleeve T-shirts with printed “Monitoring 2019” and the MOST logo on the left front side, as well as special MOST authorizations for the second round and SEC accreditation cards placed visibly are the recognizable marks of the citizens who are part of the Citizens Association MOST monitoring team as domestic observers.

During the Election Day, citizens may use the free-of-charge phone line 080 080 080 to report potential irregularities or to give information regarding the voting process.

The project “Domestic Monitoring of the Presidential and Local Elections for Mayor of Ohrid, Novo Selo and Debar 2019” is supported by the British Embassy Skopje, the Embassy of the Kingdom of the Netherlands, the National Endowment for Democracy (NED) and by the USAID Civic Engagement Project.