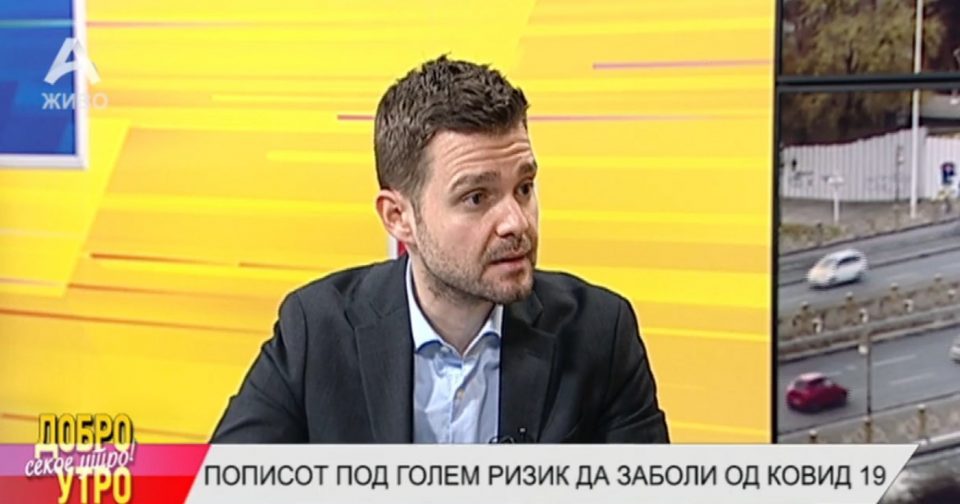 What is most important at this moment is the time period in which this census will be conducted. Unfortunately, I would not like that to be the reality, I would like Macedonia to have a vaccination rate, not necessarily like Israel, but to be approximately like Serbia, but unfortunately at this moment we see that not even 2,000 healthcare workers inoculated, and there is no arrival of some larger delivery of vaccines, and at the same time we plan to conduct a mass mobilization and operation that will include more than 25,000 enumerators who will have to visit different households in our country, VMRO-DPMNE MP Timco Mucunski told a morning show on TV Alfa.

Mucinski believes that a census should be conducted, but according to him the dilemma is whether it should be conducted this year, pointing out that many countries in the region have followed the recommendations of the United Nations and postponed it until next year.

Mucinski stressed that the census methodology is not according to the highest standards, pointing out that they offered a digital census that will eliminate all the shortcomings of the census law and the methodology.

There is a series of shortcomings in the methodology itself, which all the time indicate that this is an operation that aims to fulfill some political wishes, he said.