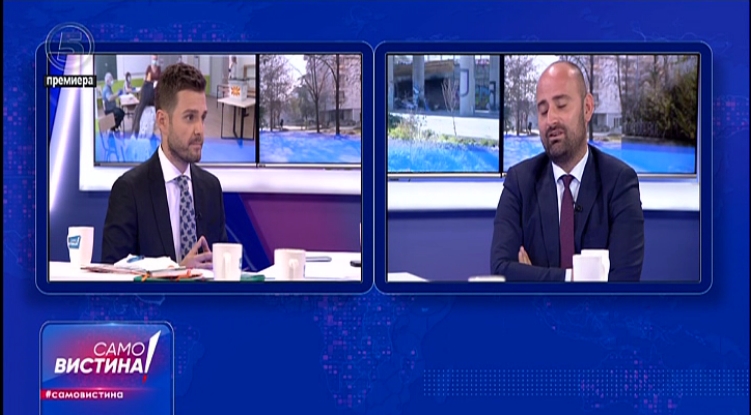 5 to 7 years ago, Aerodrom was considered one of the cleanest and greenest municipalities. I was in Ljubljana, I met with the Environment Minister of Slovenia, he promised assistance in providing EU funds and experiences that we can use. We must provide new green areas, but it is important to maintain the existing ones because they were not maintained, said Timco Mucunski, VMRO-DPMNE’s candidate for mayor of the Municipality of Aerodrom at Friday’s debate on TV Kanal 5.

According to him, the facades and roofs of buildings should be changed, and subsidies for inverter air conditioners should be given to the citizens.

Regarding illegal landfills, Mucunski said that they are a big problem and in order to solved it, there must be inter-municipal cooperation.

Vardariste is not on the territory of Aerodrom, but in order to solve it, there must be cooperation with the other municipalities. But green areas are also needed, so I promise a minimum of 100,000 square meters of new green space, Mucunski said.

Police failed to secure a youth New Year concert in Skopje, cars kept whizzing by while children were celebrating