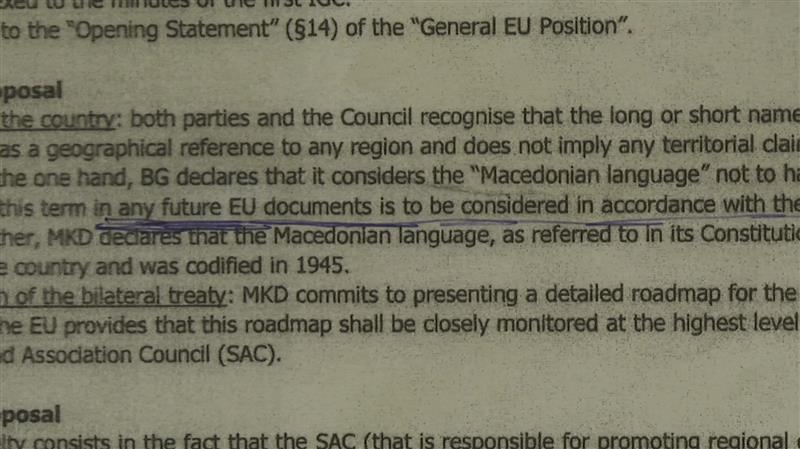 The Portuguese proposal is proof that Zoran Zaev is negotiating with Bulgaria about the Macedonian national identity, said VMRO-DPMNE official Timco Mucunski in an interview with Republika. The proposal prepared by the Portuguese Presidency with the European Council provided that the two countries make separate statements, in which Bulgaria will claim the Macedonian history, national identity and language, while Macedonia will not push back against these claims.

Instead of talking about issues that will lead us forward, in the 21st century, we are discussing matters from the 19th century that undermine a foundational plank of the European Union – its linguistic and ethnic diversity. This is why this issue is a major test for EU’s own credibility. The new Government is Sofia needs to seriously reconsider its approach, Mucunski said.

Mucunski added that officials in Brussels are growing concerned about the practice of the Zaev regime to abuse a parliamentary procedure meant to fast-track legislation linked to the EU integration process. “The attempts to use this procedure for amendments to the law on the Intelligence Agency, for laws linked to education, for the proposal to impose a crisis fuel tax, they don’t go unnoticed in Brussels”, Mucunski said.