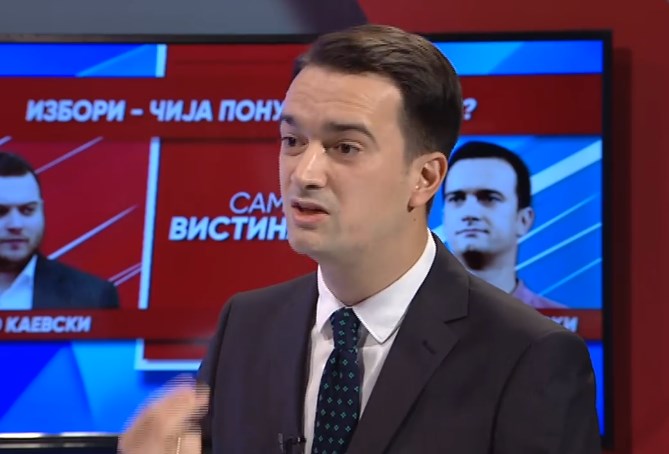 During a TV debate today, VMRO-DPMNE representative Vladmir Neloski detailed the lies and manipulations used by the SDSM party to fuel its Colored Revolution and to seize power. Neloski cited several recent developments when some of the most emotional cases used by SDSM to drive street protests had been debunked. This includes the 2011 murder of Martin Neskoski, a case in which the main SDSM allegations have recently been proven as completely made up, and where the murderer fled the country, on SDSM’s watch, after retaining the lawyer who represented Prime Minister Zoran Zaev.

Is there justice for Martin Neskovski? Sadly, no. Not only there is no justice, his killer is no longer behind bars. Zaev took pictures with the killer and now he fled the country, Neloski said.

Neloski also cited the on-going trial in the 2012 Good Friday massacre, where SDSM claimed that it has evidence that will throw a very different light on the Islamist killing of five ethnic Macedonians, four of them youngsters. Zaev would even meet with the parents of the killed boys, and led them on that the has crucial evidence but wouldn’t share it with them. The tapes and the text messages are now being revealed, but they contain nothing of interest, other than to confirm that the VMRO-DPMNE led Government was serious about fully investigating the case. Under SDSM, the court let the one murderer and a number of his associates who were available for trial to be released from prison, pending retrial.

These people are now walking free. SDSM made promises to the parents of the victims but it simply used their deaths to grab power, Neloski said.

Even the alleged mastermind of the wiretapping scandal that SDSM used to spark the Colored Revolution, Zoran Verusevski, recently distanced himself from recordings and admitted that they were edited for maximum political impact, while the “heroic crime fighter” Katica Janeva, who was lauded as the hero of the revolution, is now behind bars charged with extorting millions from the businessmen she was prosecuting.