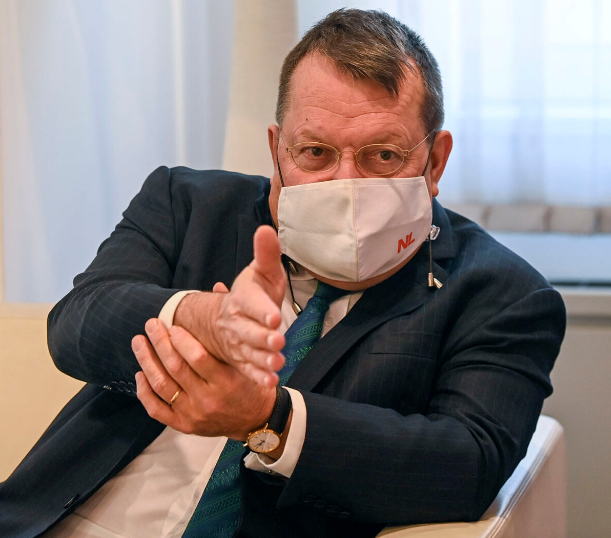 The question is no longer whether Macedonia will become an EU member, but when will that happen and until then the Netherlands will continue to critically follow the necessary reforms, said the Ambassador of the Kingdom of the Netherlands Dirk Jan Kop in an interview with SAKAMDAKAZAM.MK. However, he says, this process does not put Macedonia in an unfair position, but, on the contrary, it should stimulate the country to take the next necessary steps on the path it has chosen.

In the interview he says that corruption in our country is a state of mind, from corruption in public procurement, cronyism and nepotism at the highest level, to mayors, judges, to people who are willing to pay a bribe, those who carry a bottle of whiskey when they go to a doctor’s examination and those who bring gifts for their children’s teachers in March.

The Ambassador say that Macedonia’s becoming a member of NATO and receiving the green light from the EU to become its full-fledged member happened with the full support of the Netherlands.

Although what was supposed to be a solemn moment was greatly overshadowed by the coronavirus situation, the question is no longer WHETHER Macedonia will become an EU member, but WHEN it will happen, he said.

Moreover, he says, despite many pressing issues such as the coronavirus, Brexit, mass immigration, etc., since March the European Commission, together with member states, has prepared the negotiating framework for Macedonia.

It should also be remembered that many other countries had to resolve difficult bilateral issues before joining the EU. Meanwhile, all of this should not be dramatized in the way it seems to be done at the moment. Going through the 35 negotiating chapters with the EU in the coming years means that there are many traffic lights on the road in front of you and each of them should turn on the green light. Sometimes, you wait longer than you expected, he said.

In terms of corruption, he says clear and enforceable rules are needed, such as 42 recommendations and 151 action points to reduce the risk of corruption and cronyism during employment adopted as part of a project funded by the Netherlands, which are now to be implemented by Ministers Shaqiri and Nikolovski.

The Judicial Council is also preparing to introduce a new evaluation system for judges with the help of the Netherlands. The same is necessary for prosecutors. These rules will help restore people’s trust in their institutions. Political leaders must lead by example in this regard. And only through reestablished trust can the mindset begin to change, the Ambassador said.

Ahmeti meets Dutch Ambassador, says he expects that both Macedonia and Albania will begin EU accession talks in October