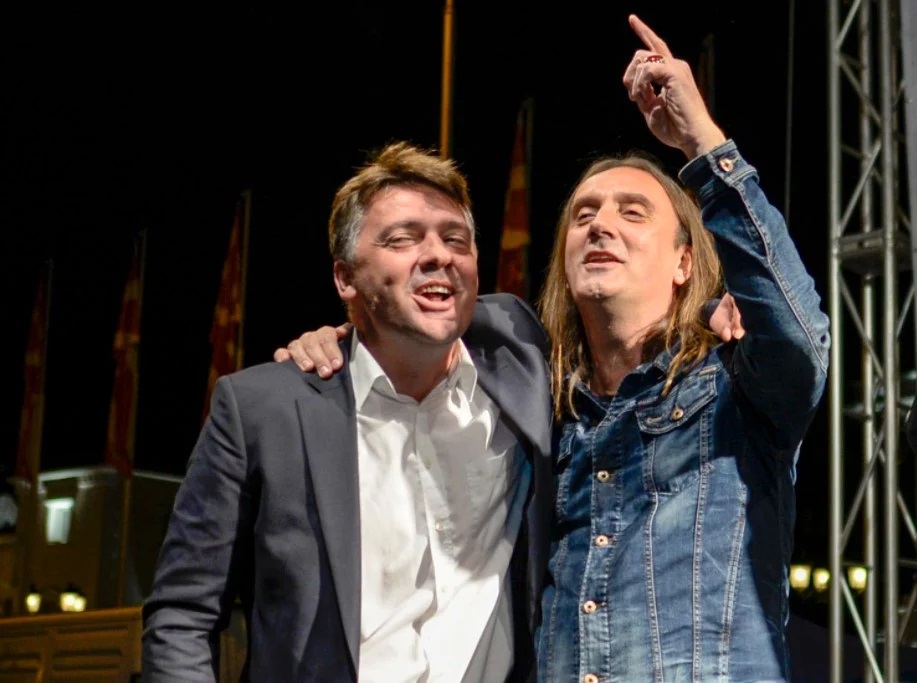 Singer Beni Shaqiri, who announced his surprise candidacy for Mayor of Skopje, is now vocally critical of the incumbent Mayor Petre Silegov. “We need to finally have a normal Mayor of Skopje”, Shaqiri declared as he was being nominated by the two small parties LDP and DOM.

But just a few years ago he was equally vocal in support of the Colored Revolution that helped bring Zoran Zaev to power and vowed allegiance to the SDSM party. “I’m a communist and I can’t just abandon my comrades”, Shaqiri would say when asked about his frequent gigs performing at SDSM party rallies. His sister Nora Shaqiri went as far so to demand a job in the public administration from Zoran Zaev through an open Facebook post, to which Zaev publicly responded. She is now director of the Comedy Theater in Skopje.

All this makes Shaqiri’s candidacy look like a pre-arranged proxy run. Despite his criticism, Mayor Silegov said that he is certain he will get Shaqiri’s endorsement in the second round of the election, when only two best placed candidates will advance.