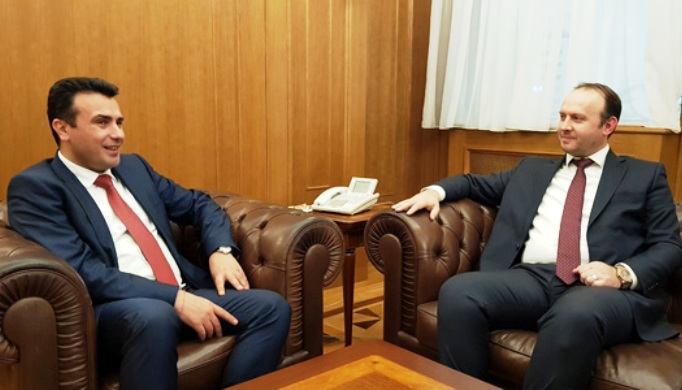 Zoran Zaev is postponing his decision on resigning as Prime Minister and SDSM party leader for Friday. Zaev was supposed to activate the two resignations on Tuesday, but the move was understandably postponed after the devastating bus accident in Bulgaria that killed over 40 Macedonian citizens.

Zaev’s resignation was announced after he lost the local elections in the second half of October, but he qualified it with his intent to first solidify his coalition in Parliament and for this reason he is supposed to meet with Alternative party leader Afrim Gashi, who could help Zaev get a majority of 61 votes again.

“Sloboden Pecat”, an outlet close to Zaev’s SDSM party, reports that Gashi’s party officials will meet on Friday afternoon andto decide whether to continue their talks with Zaev. The party has been split over whether to remain in the opposition or enter Zaev’s Government, and it’s expected to ask for a heavy price from Zaev to support him. After the meeting of the Albanian party, SDSM will hold meetings of its Central and Executive Board and will make a decision on Zaev’s proposed resignations.

When Zaev actually resigns, SDSM would need to organize a party wide vote to elect its new leader. Zaev hopes that this new party leader will then be elected Prime Minister, avoiding the need for early elections. But this will depend on the outcome of his talks with Alternative, the will of many other coalition partners, and on the growing pressure SDSM is feeling both from factions within and from the emboldened opposition parties.