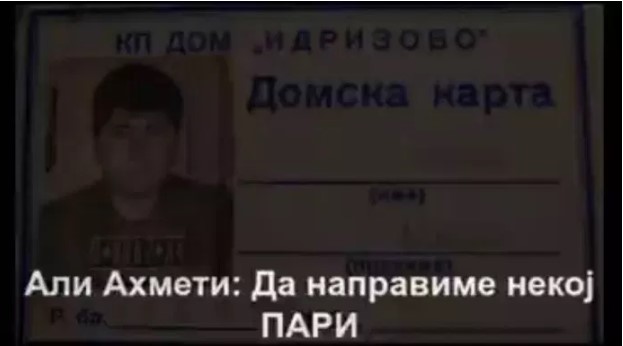 Sekerim Ahmeti, the Chicago based leaker who operates under the name El Cheka, published a new audio tape which alleges criminal activity on the part of DUI party leader Ali Ahmeti. El Cheka is believed to have accessed the 2015 cache of wiretaps held by Special Prosecutor Katica Janeva, and has been publishing tapes that reveal wrongdoing on the part of DUI.

The latest tape contains a conversation, allegedly between Ali Ahmeti and his brother Fekri Ahmeti. During the conversation, the two people discuss some kind of compensation in some project that includes construction. One of the men, allegedly Ali Ahmeti, is heard saying “we need to make some money”.

The DUI party has been in power almost continuously since the 2001 war which the party leadership started. Given their role as kingmakers between the two feuding ethnic Macedonian parties, DUI has been able to avoid almost any kind of scrutiny despite a long list of alleged corruption scandals.