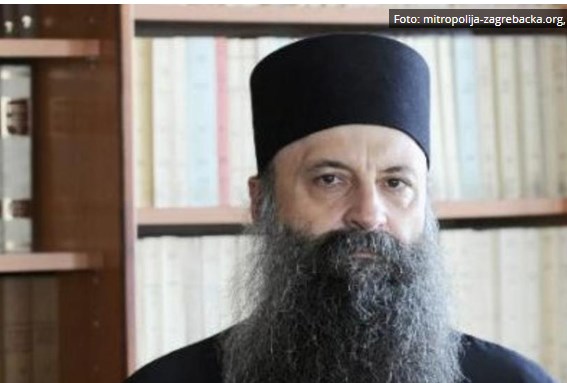 Newly appointed Serbian Patriarch Porfirij said that he will work to resolve the dispute with the Macedonian Orthodox Church, but only in line with the clerical rules. The Serbian church does not recognize the independence of the Macedonian church and has blocked its full recognition by other eastern Orthodox churces.

Asked by Macedonian journalists, Porfirij said that he will have no more or less understanding than his predecessors. Serbia insists that the Macedonian church must first return under the Serbian banner, and only then may ask for its independence, and in the meantime it appointed a former Macedonian bishop as its representative.

It is of course of fundamental interest that we resolve the dispute with the Macedonian church. After the Nis treaty, our resolution was to appoint Jovan as Archbishop of Ohrid, so that all Orthodox believers have the option to participate in the church life, but this issue remains open. I believe that our synod is always ready to come to a solution in line with the church norms, without any political pressure, Porfirij said.

Even Zaev regime officials go to Serbia to get vaccinated

2,000 Macedonian businesspeople get vaccinated in Serbia