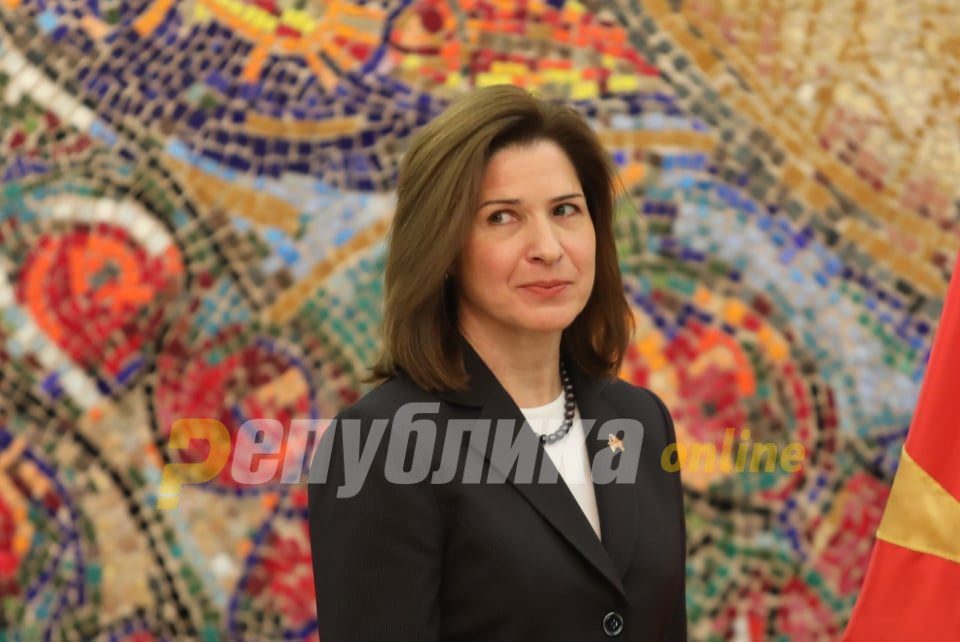 In her remarks, Byrnes said that she is looking forward to welcoming Macedonia as the next NATO member, and assured Pendarovski that the two countries will have stronger ties as formal allies. 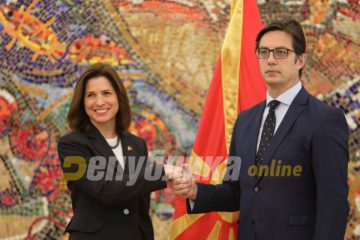 Byrnes said that the United States has worked for over 25 years to integrate “North Macedonia” into the Western institutions and have it dedicated to democracy, individual freedoms and the rule of law. She welcomed the deployment of Macedonian soldiers on US led missions and the education exchange.
Pendrovski agreed that Macedonia is committed to joining NATO and the European Union and to supporting the US in its global war against terror. 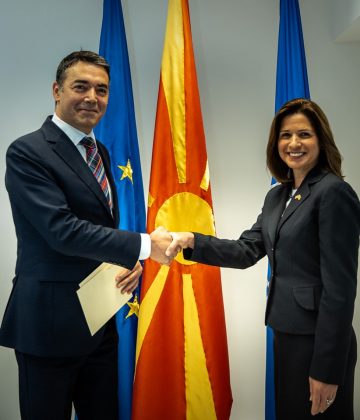 During her meeting with Minister Dimitrov, Byrnes was quoted as welcoming excellent progress made by “North Macedonia”, referring to the name change. The new Ambassador was deputy chief of mission in Athens as the Prespa treaty was pushed on both countries.