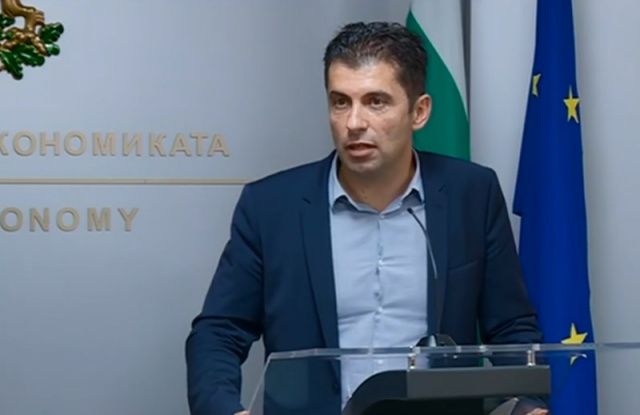 The likely next Prime Minister of Bulgaria, Kiril Petkov, dashed the hopes of the Zaev regime that he will authorize the speedy opening of Macedonia’s EU accession talks. In an interview with Der Spiegel, Petkov said that Macedonia will have to wait at least six more months, until committees are set up to review Bulgarian issues with Macedonia, such as the Macedonian history textbooks, where Petkov complains about the mention of the Bulgarian participation in the Axis during the Second World War.

We need to set up working groups and let them sit down for six months, so that it’s not just the nationalists on both sides who are calling the shots. Why are there no flights and no train connections between Sofia and Skopje? Let’s talk more about economics than about different interpretations of the shared history. Or about (Northern) Macedonian textbooks that claim that Bulgarians are fascists. Giving the green light to accession negotiations now without discussion will only strengthen the nationalists in both camps. We are counting on negotiations rather than propaganda, Petkov told Der Spiegel.

Journalist Walter Mayr observed that the issues Bulgaria raises against Macedonia are “flimsy”. There is already a joint committee of historians whose discussions have gotten progressively more difficult as the years went by and Petkov is asking for new such groups to be formed in different areas.

Petkov was among the more conciliatory Bulgarian politicians during the negotiations to form the new coalition, but it includes the Bulgarian Socialist Party and the ITN protest movement led by showman Slavi Trifonov. Both have taken hard line positions toward Macedonia, and ITN is expected to be given the foreign policy department in the next Government.

The previous Borisov Government, and President Radev from BSP, have made increasingly intrusive demands toward Macedonia, which were eventually unanimously supported by the Bulgarian Parliament. The demands are that Macedonia redefines its national identity and history along Bulgarian lines, and more recently, the demands are also focusing on the alleged discrimination against ethnic Bulgarians in Macedonia.

The next European Council is on December 14th, and Zoran Zaev was hoping that he can secure some kind of a deal with Bulgaria by then – he was even using the wave of sympathy between the two countries after the disastrous bus accident two weeks ago to say that it will “positively influence relations” and hinted it could help do away the veto.