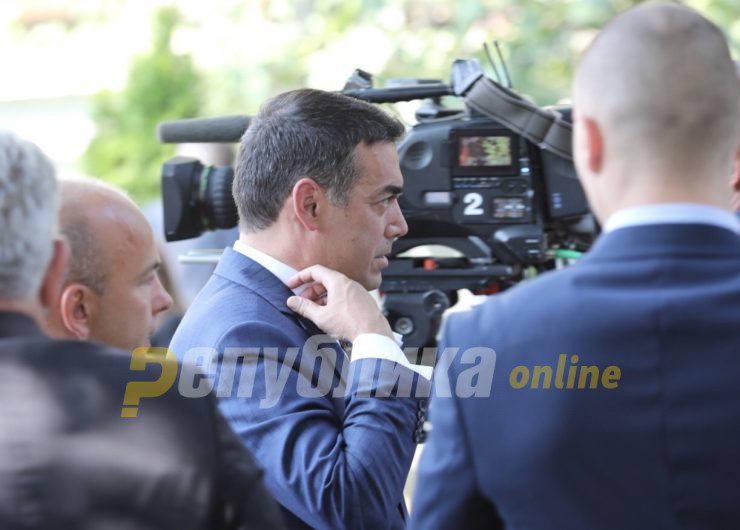 In a Facebook post, Foreign Minister Nikola Dimitrov makes open threats to the Republika news portal over the reporting on Infomax’s writings which included a record of a witness statement in the BPPO’s “Racket” case, Orce Kamcev, and prosecutor which prosecutor Vilma Ruskoska confirmed that it was authentic.

I demand Republika to immediately withdraw the notorious lie that I am involved in in the “Racket” case and apologize for the disgusting insinuation in the text whose title alone has nothing to do with the allegations inside. Otherwise, I will sue for the first time in my life. I’m not going to let propaganda to defile me in a case if I have absolutely nothing to do with. It is clear to me that my last post has awakened many spirits who are apparently only afraid of people who have never committed a crime in their careers and more importantly – people ready to fight for justice till the end. I expect both propaganda and dishonest battle, and my response will always be dignified, but at the same time ruthless towards criminals and those who protect them through defocus and lies. I got into politics to remove the shame of obvious crime and corruption and I will never stop fighting this darkness. These attempts, on the contrary, only indicate that I am on the right track. Keep calling the night a day, it won’t help. I said – let’s count ourselves. It’s time, Dimitrov writes, threatening to file a lawsuit for the “first time in his life”.