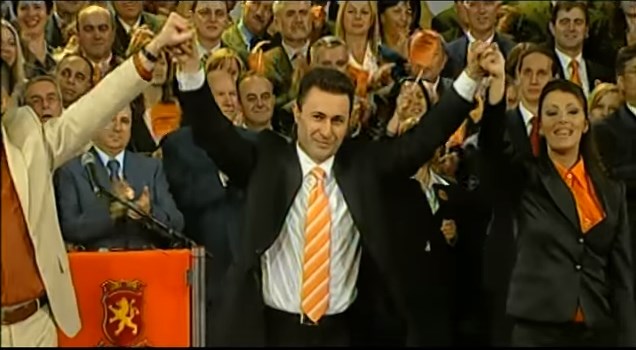 Nikola Gruevski, the now exiled former Prime Minister of Macedonia, congratulated on the members of his VMRO-DPMNE party on the 30th anniversary of its founding.

Our party resurrected the ideals of the VMRO and placed them within a democratic and contemporary framework, at a time when the Macedonian nation, the Macedonians and all citizens of the Republic of Macedonia and the Macedonian diaspora, created an independent and sovereign state. We faced many challenges, many starts and falls and with a lot of hard work we lifted Macedonia up, especially in the years when it was led by VMRO-DPMNE. My regards and respect to the founders of the party for their vision and bravery, and to all who contributed with their activism and strong dedication to build up the party and our homeland, Macedonia, whose interests VMRO-DPMNE serves, Gruevski said.

VMRO-DPMNE was founded on June 17 1990, as a party based on the principles of the Macedonian statehood movement VMRO, for the purpose of advancing the cause of Macedonian nationhood and independence.