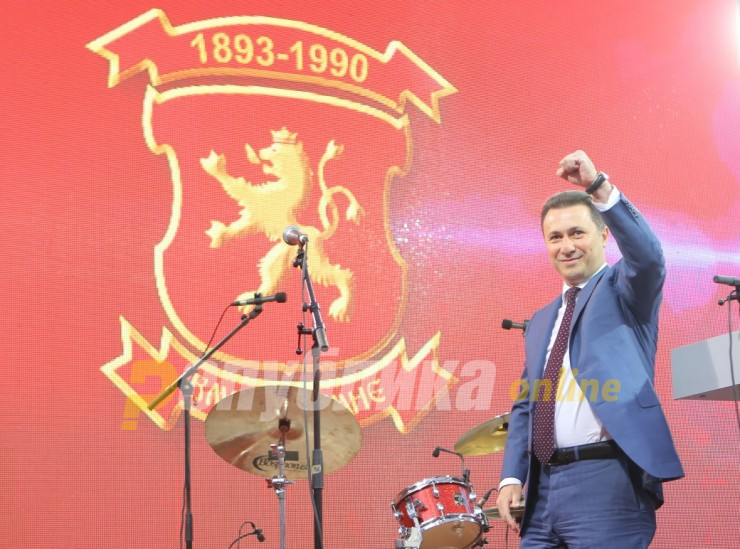 Former VMRO-DPMNE leader Nikola Gruevski issued a call for unity in the party, as it celebrates its 31st anniversary with a gathering in Ohrid this evening. Party leader Hristijan Mickoski announced that he will make a major announcement at the gathering.

The 181,000 members VMRO-DPMNE had at the time when I left its helm were the carriers of change and progress. The strength of VMRO-DPMNE is in its members, and the supporters who helped us drive the push our independence, to reform the country and to make it successful, but also protected Macedonia through its many difficult moments, Gruevski said.

He issued a call to the party supporters to help put an end to the Zaev regime.

Macedonia is today under a mafia Government which is undermining Macedonian economy, controls the judiciary and directs its most minute decisions, decides who will be persecuted, when and how that will be broadcast through the many news outlets it controls. It sells out our national interests and is driven by crime and corruption. Therefore, the highest interest of Macedonia right now is to have a strong and powerful VMRO-DPMNE. Its strength is in all members and supporters, all activists, all diaspora members who want a more successful and prosperous Macedonia, Gruevski said in his statement.

Lefkov: We expect major change after the October municipal elections