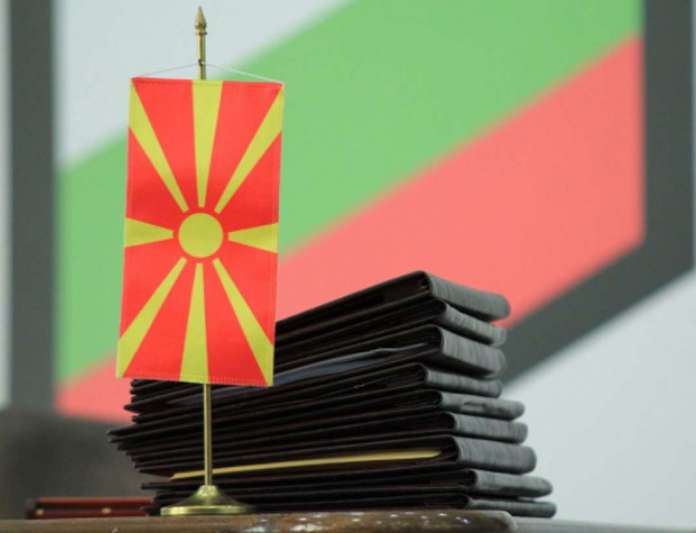 VMRO-DPMNE Vice President Aleksandar Nikoloski said that Bulgaria needs to provide Macedonia with guarantees that it will stop blocking our EU accession talks, if Macedonia amends its Constitution and adds the Bulgarian community to the preamble – as one final concession.

At the moment, I feel that Bulgaria is using the fact that a number of EU member states are not convinced that Macedonia should open its EU accession talks, and that is their excuse to block us. We are blocked not by the strongest EU member, but by the weakest, and still we see no pressure exerted on it to stop. There are many forms of action that can be done, especially to Bulgaria. But in our case, they tell us to reach a deal with Bulgaria. And the Bulgarian demands are that we accept that we are Bulgarians and that we speak the Bulgarian language, which is unacceptable, Nikoloski said. 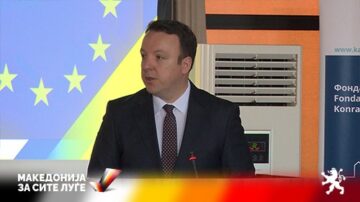 In a Makfax interview he added that VMRO-DPMNE, whose votes are necessary to amend the Constitution, made a fair proposal, that the Constitution is amended and the Bulgarians are named in the Macedonian Constitution, but the Bulgarian Parliament adopts a declaration that they will have no additional demands of us. The key problem with Bulgaria is that their demands never cease. I’m convinced that if Macedonia makes a steop forward now, in 6 to 12 months there will be new demands from Buglaria, and that will be a never ending story, Nikoloski said.

He pointed to the new concept for the EU put forward by French President Emmanuel Macron, of a two tier Europe. “We see that the concept was supported by some EU member states and the President of the European Council announced that it will be discussed at a meeting. The blueprint is very simple, a core Europe of existing members plus maybe some additional countries, and then a group of European countries that don’t want to join the EU, the UK, Switzerland, Norway, and of course, a far larger group of the Balkan and Eastern countries that will be part of the so-called European political community, a loose union with no firm hierarchy, no executive economic power, maybe an advanced form of the Council of Europe or of OSCE. To translate, it will be far from the European dream that generations and generations of Macedonians dream of, Nikoloski said.