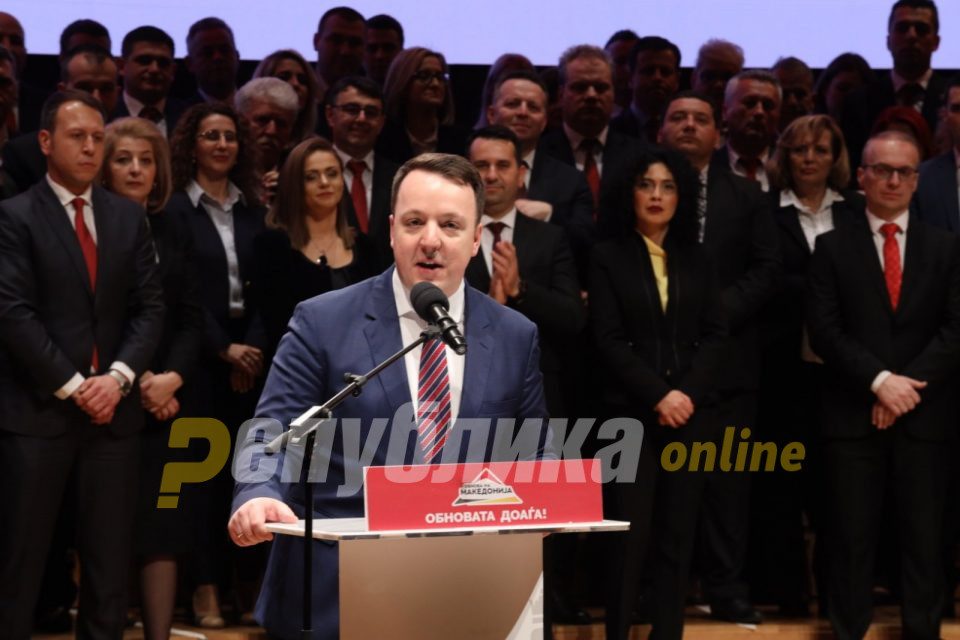 VMRO-DPMNE demands that a crisis situation is immediately declared in Kumanovo and Prilep, the two worst hit large cities in Macedonia. VMRO Vice President Aleksandar Nikoloski said that the delays in this move on the part of the Government have cost lives in both cities. Nikoloski especially blamed partisan rivalry within the ruling SDSM party in its Kumanovo branch for the poor coordination between the Prime Minister Oliver Spasovski and Kumanovo Mayor Maksim Dimitrievski.

The worst part is that they don’t learn from their mistakes. Kumanovo is hit hard by the virus and yet we see much politics, much partisanship and little in way of serious steps being taken there. A crisis situation needs to be declared in Kumanovo today so that all efforts to fight the virus can be directed properly, Nikoloski said.

In both Kumanovo and in Prilep, which is the growing second hotbed of the epidemic, the SDSM party is continuing its efforts to buy voters with deliveries of food packages during which basic safety precautions are disregarded, Nikoloski said.

There is an enormus progression of new cases in Prilep. Healthcare Minister Venko Filipce has not made the necessary tests available. What good is that they started testing on 20 suspicious cases if 40 more are now waiting in line? According to our reports, the number of patients in Prilep is sadly far greater than what is officially being presented, Nikoloski said.

The security council is meeting today to discuss extending the state of emergency across the entire country for another month, but the Government has refused to declare a crisis situation in Kumanovo and Prilep. It is unclear whether it even has the resources necessary to provide supplies of food and medicine to both cities.