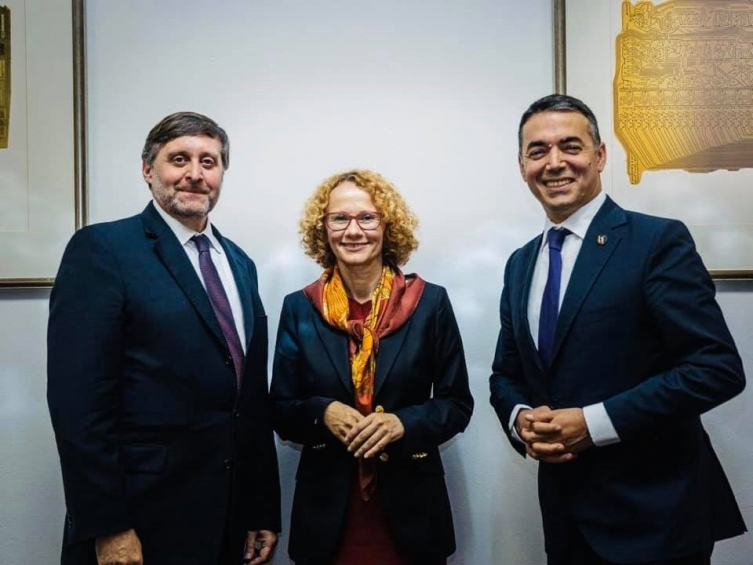 Here are some questions for Sekerinska and Dimitrov, who as government officials should answer to the Macedonian public: did Shekerinska inform the interlocutors about the Louboutin shoes gifted to her by the first suspect in the Racket case when it came to the rule of law? What were the topics of conversation during the midnight sessions at the home of one of the first suspects in the Racket case that he himself boasted in one of the tapes? Did Sekerinska, at those sessions, brag about, according to Zaev, the negotiation date received a year ago or did she strategically refer to that policy?

I would ask Dimitrov whether he inform them that there is no procedure in Macedonia against a senior government official even though they are mired in crime and corruption? Did he inform them that he personally as Foreign Minister was informed about the racketeering of Macedonian businessmen by at least one foreign ambassador but decided to remain silent and not to inform the public, nor the prosecution.

Did Sekerinska and Dimitrov inform that the whole public is saying that this is not a racketeering scheme of those charged but they are only perpetrators because no one would give them a penny if the SDSM leadership and the government were not backing them? And finally, did Sekerinska and Dimitrov inform that the total amount of money extorted by the businessmen amounts to fantastic 20 million euros?

While awaiting the answers, I know and support the need for a transparent and independent procedure to clarify the cases filed by the SPO, just as it needs the clarification and accountability of all those involved in all cases of Zoran Zaev’s crime !, says Nikoloski.