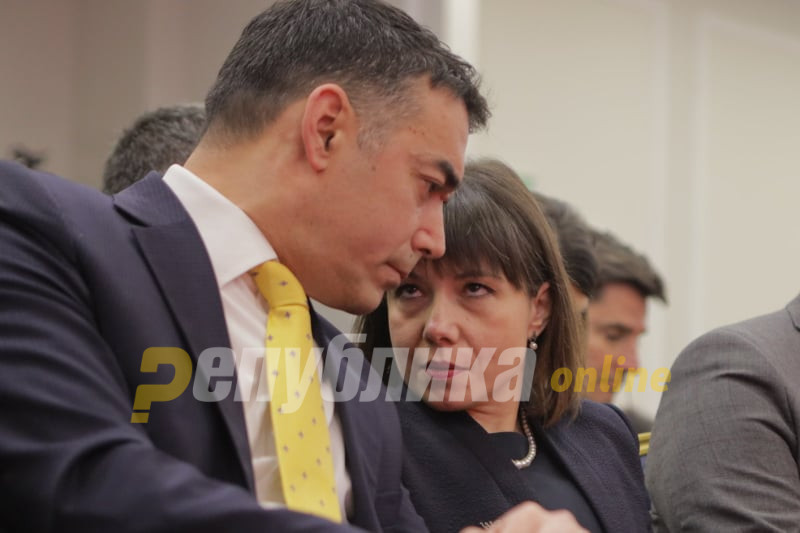 Rasela Mizrahi was an excellent Minister who worked to reveal all the crimes the SDSM party committed in the Labour and Welfare Ministry, said VMRO-DPMNE Vice President Aleksandar Nikoloski. Mizrahi was removed from the Government on the night between Saturday and Sunday, and VMRO-DPMNE refused to nominate a replacement.

SDSM was surprised by the response of the public to the interim ministers, they certainly did not expect that Mizrahi will be nominated. This led to outbursts from SDSM party activists, which I hope were not organized by the party. SDSM were looking for a way to remove Mizrahi from the Government, but ultimately we saw a unilateral move from the Foreign Minister Nikola Dimitrov. The move seems uncoordinated with SDSM and they will suffer for it, Nikoloski said.

Mizrahi, the first Jewish member of a Macedonian Government, quickly became a political star that outshone her predecessor Mila Carovska – who SDSM is hoping will maintain the party’s influence in the unpredictable far left circles. Besides her work to streamline the Labour and Welfare Ministry and uncover abuse of office on the part of Carovska, Mizrahi refused to use name “North Macedonia” which is imposed by the Prespa treaty, and this was used Dimitrov as an excuse to request her removal.

It is clear that the Prespa treaty is not good for our country, but Dimitrov is going to the extremes in its implementation. A five year old will tell you that the treaty has a five year implementation period. Dimitrov is implementing it in five weeks. SDSM in forcing the treaty on the country even though SDSM party members also see that it is bad for us, Nikoloski said.