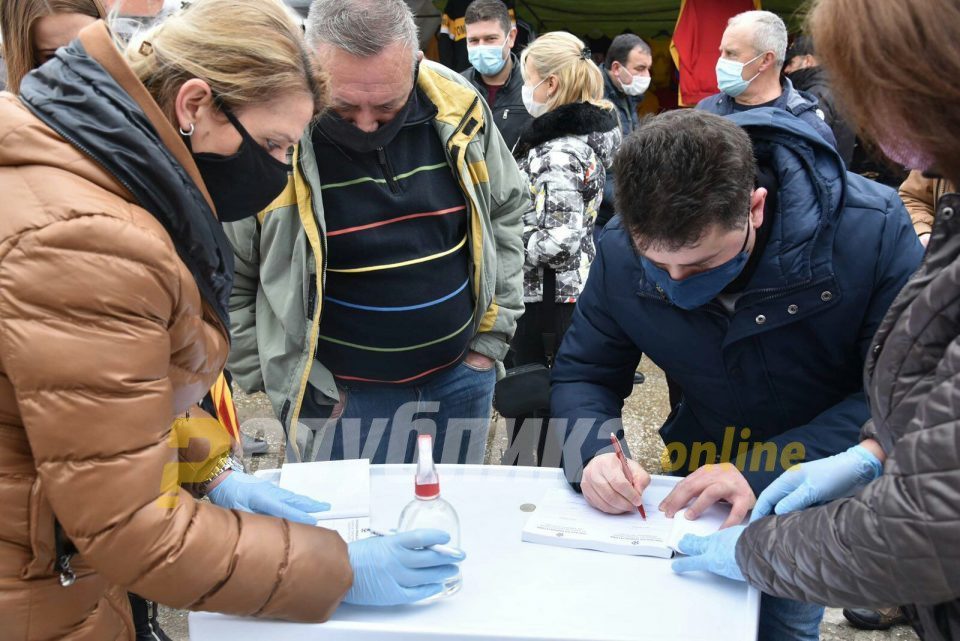 Regarding the census law, VMRO-DPMNE Vice President Aleksandar Nikoloski told TV Alfa that he expects more than 150,000 citizens to sign against the law, which it will be an introduction to the overthrow of this government, as well as proposing a new law on the necessary census that will be realistic and in the interest of the citizens.

He says that for these reasons it was decided to have an initiative for the citizens to sign in 27 Macedonian towns and villages, and after that VMRO-DPMNE MPs to submit the law, because the force whether the law is submitted by 10,000 citizens or VMRO –DPMNE MPs from a formal aspect is the same, but it is not the same as how many citizens will stand behind that initiative.

Nikoloski says SDSM officials are laughing and spitting in the face of over 3,300 families who lost a loved one due to the coronavirus