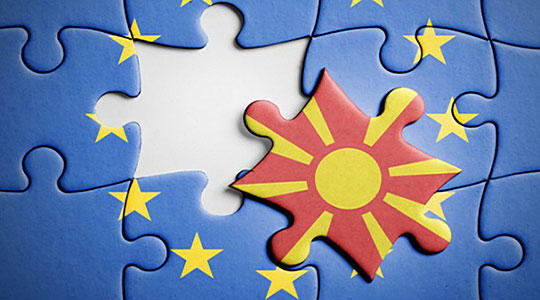 Vice President of VMRO-DPMNE, Aleksandar Nikoloski, talked on TV Sonce about the current political developments, as well as the current “Mafia” affair which was revealed to the Macedonian public in the past few days.

Nikoloski stressed that the process of issuing passports to criminals, murderers and drug lords was supported in cooperation with close associates of Zoran Zaev from top government structures. He adds that it is not possible to carry out such an action of issuing passports to such persons, and at the same time not to involve people from the government who probably exerted pressure and used bribery to get the job done.

According to him, this scandal will surely be reflected in Macedonia’s international plan, because this does not befit a country that is a candidate for EU membership, and is a current member of NATO. He says that this case must not be overlooked, because people killed, stole, smuggled drugs with identities that really exist in Macedonia, and can now be arrested for having the same identity as the killers, added Nikoloski.

This affair will surely affect the European path of the country, because the process of issuing passports lasted for almost three years, and the authorities did not react in any way. This indicates enough about the involvement of the government in this process, and it is not one of the values of the EU or the model on which a European country should function. If many officials don’t resign and if the case is not cleared, then the international community will certainly not turn a blind eye to this, said Nikoloski.