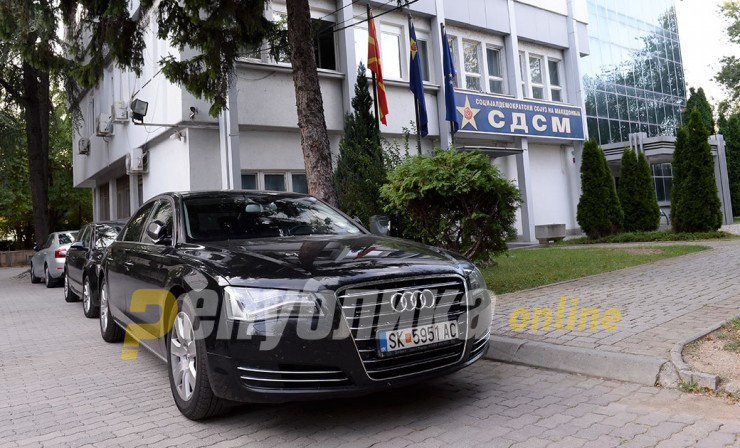 VMRO-DPMNE Vice President Aleksandar Nikoloski said that members of Parliament elected on the SDSM list, from their smaller coalition partners, are raising the issue of having a new parliamentary majority.

Both SDSM and VMRO are nearly tied in Parliament, with SDSM having to rely on more and stronger coalition partners who have the option to break off than VMRO does.

With all due respect to all previous parliaments, VMRO-DPMNE now has the strongest line-up we’ve ever had and that is noticable. All of us there is an expert in his or hers area and I’m sure all will remain loyal to the end to VMRO. At the moment, I can reveal, there are members of Parliament from the SDSM coalition, not DI or BESA but the other members from their coalition, who are already talking about a new majority, Nikoloski said.

The SDSM – DUI – BESA Government operates with a majority of 62 votes, just one over the bare minimum needed to elect a Government and convene a session of the Parliament on your own. With several representatives from both the majority and the opposition hit by the coronavirus, further work of the Parliament is already in jeopardy.

Nikoloski said that the Constitution does not allow the Parliament to work online, and added that SDSM wants to make this switch to conceal its problems with securing quorum and the majority for its Government.

They chose to form a Government with just 62 representatives. SDSM has only 30 of those – the rest are from their smaller coalition partners, from DUI and BESA. They were barely able to patch together a Government, their representatives don’t want to come to legislate, they have problems in operating and now they’re coming up with the idea of a virtual Parliament. That is not allowed under the Constitution, the job requires meeting citizens, working in committees, writing the laws. VMRO-DPMNE will not allow it to happen and we see that the Albanian opposition is also against, Nikoloski said

Two thirds of Parliament members were given Sputnik vaccines