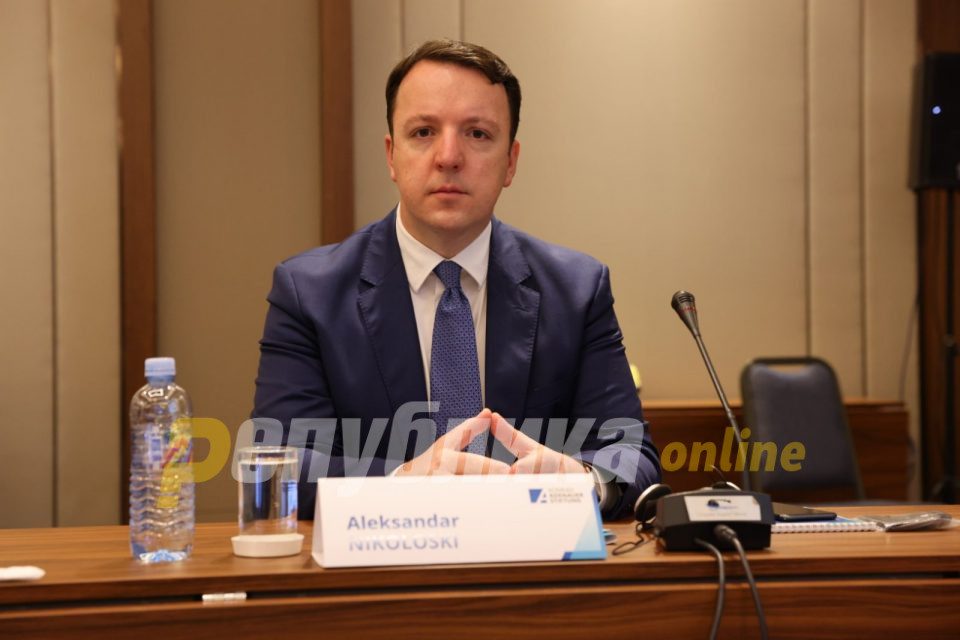 VMRO-DPMNE Vice President Aleksandar Nikoloski is confident that he will win the defamation suit filed against him by Prime Minister Zoran Zaev, after Nikoloski claimed that the Racket scandal is much bigger than the extent investigated by prosecutors, and that it involves Zaev.

Zaev is suing me that I allegedly slandered him when I said that it was not just one businessman who was target of extortion in the Racket scandal, but many, that the sum surpasses 20 million EUR and that it was a well developed scheme that included the entire leadership of the SDSM party, with Zoran Zaev at the top of the pyramid. All of this is being confirmed as time goes by. The Government tried to minimize the scandal, claimed that it was just one businessman and former Special Prosecutor Katica Janeva who did it all. But we had our own information provided by whistleblowers, which were confirmed publicly over time. The approach of the prosecutors is to go after the small fry, and leave out the big fish. This was “damage control” – to sentence several less important, ancillary individuals, and protect the big political players. But they won’t escape justice. Even small children know that Bojan Jovanovski would not be able to extort a single euro from businessmen if he didn’t have the support of the entire SDSM structure, Nikoloski said in an interview with Netpress.

The Racket scandal ended with three sentences, for Janeva, Jovanovski and Zoran Milevski, for extorting 1.5 million EUR from businessman Jordan Orce Kamcev. During the trial new allegations surfaced about extortion perpetrated by the group, and eventually Jovanovski himself confessed that the ultimate recipients of the money were Zoran Zaev and his brother Vice – but the prosecutors did not dare investigate beyond the three charges.

Nikoloski: The Government refused our offer to procure gas at half price