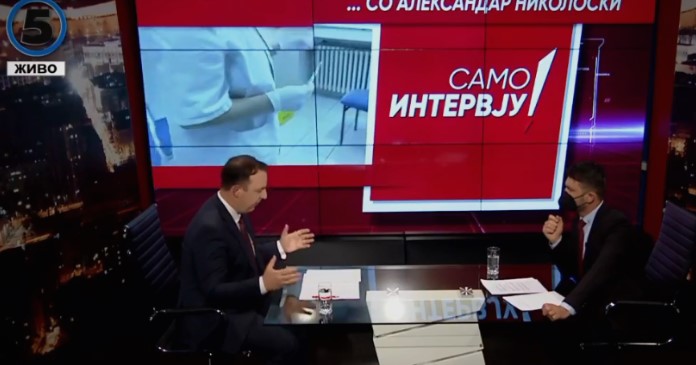 Vice President of VMRO-DPMNE, Aleksandar Nikoloski, spoke Friday on the “Samo intervju” show about the current political situation in the country, the court decisions in the April 27 case, the bad government policies, as well as the daily criminal affairs involving the government.

Nikoloski emphasized that the trials and decisions that were made in relation to the events of April 27 were unfair and for many of the court decisions there should be retrial. He adds that those people cannot be terrorists on any grounds, because terrorism is a serious act.

According to Nikoloski, the court decisions were made under pressure from the government, more precisely from Zoran Zaev. Nikoloski believes that the government was involved in most of the verdicts, ie it was a direct revenge by Zoran Zaev, instead of the cases being resolved by the court as it really should be.