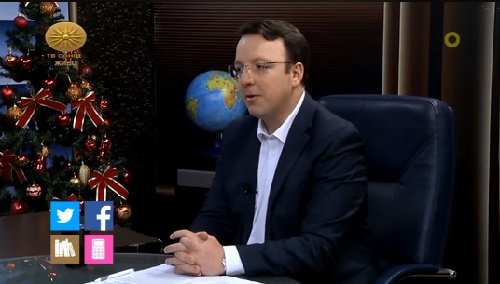 The Vice President of VMRO-DPMNE, Aleksandar Nikoloski, said Friday on TV Sonce that SDSM is conducting a “they are all the same” propaganda, just to deceive and disappoint the people.

According to Nikoloski, this is the most expensive campaign of SDSM and the best from a PR point of view, all in order to confuse and deceive the citizens of Macedonia.

There is huge discontent among the people, but the only way to change the government is for people to get out and vote in elections. The goal of SDSM is for the people to stay at home and that is why the most expensive campaign led by SDSM through media and journalists who support them is the “they are all the same” campaign. It is the most expensive campaign of SDSM which is so well organized and highly paid that it reaches ordinary citizens as if it were from a third party or a body formed by ordinary citizens themselves. But this campaign was created and run by secret services and people who know psychology very well. And in my opinion, this is one of the most successful campaigns of SDSM in the PR part. Because they managed to impose resignation on some of the people – “I am not interested in politics, I do not want to vote, they are all the same” – which is absolutely incorrect, but with all the resources that the government has, which it steals from the people, they have enough to pay off people close to them, journalists, media, to run this campaign, said Nikoloski.