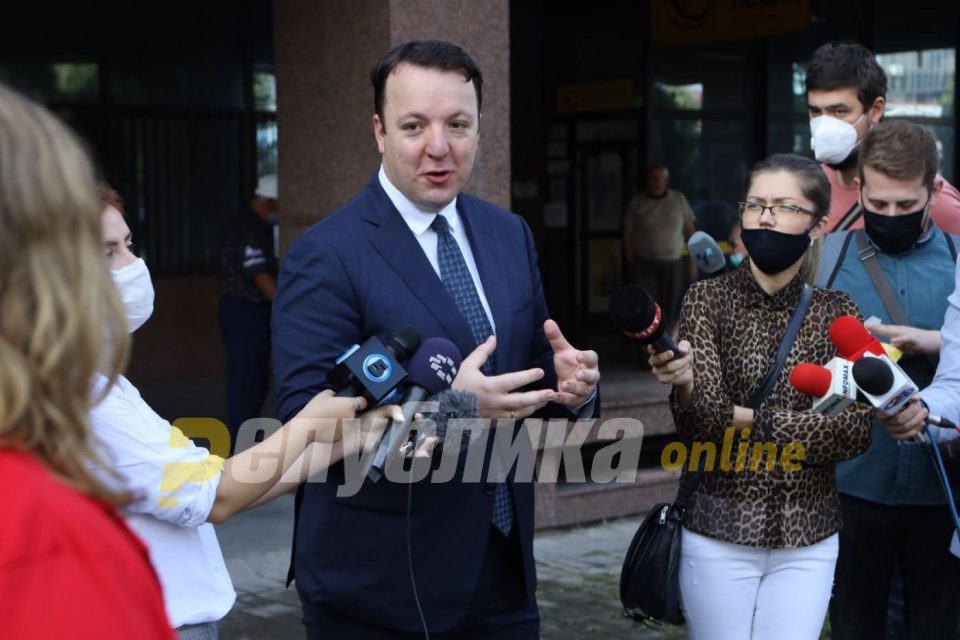 FAKE NEWS FOR DEFOCUS FROM THE MAJOR AFFAIRS OF SDSM! In a panic from the affairs that happen on a daily basis involving the SDSM government, they try to invent and plant in order to defocus, but they will not succeed! Last week we were supposed to have a confrontation with Zoran Zev in court where he was supposed to answer many unpleasant questions related to the Raket case. Fortunately for him, it was postponed, but we will see each other on June 2. In a panic they tried to invent an affair for me. I responded immediately that it is nonsense and that there is no truth, today they go ahead with the same theses. I will respond again and I think that is enough, VMRO-DPMNE Vice President, Aleksandar Nikoloski said on Tuesday.

I was Vice-President of the Parliamentary Assembly of the Council of Europe, which is the highest position that a Macedonian MP has ever held. I was also vice-president of a number of PACE bodies as well as a member of monitoring missions, and I was also the head of the ad hoc assessment mission for the referendum in Azerbaijan in 2016, also the highest position that any Macedonian MP has had. I have received numerous awards for my work in Strasbourg. Regarding the assessment mission for the referendum in 2016, I can say that it completed its work successfully, the mission was limited to election day and the campaign, because everything else is a matter of monitoring dialogue between the PACE and the country in question. The report was critical and called on Azerbaijan to respect the opinion of the Venice Commission, and reacted to the detention of several activists who were later released due to pressure from the mission, said Nikoloski explaining his work with the mission and rejecting the accusations made against him.

It is disgusting to be accused of something I have not even thought about, let alone done, I have a stainless political career. I do not ride motorcycles, I do not have villas on the sea, nor dozens of companies, Zoran Zaev has that, I do not ask for “one euro for my brother, one euro for the church”, Nikoloski said.

Nikoloski: Early parliamentary elections are needed because of the national humiliation and the economic disaster