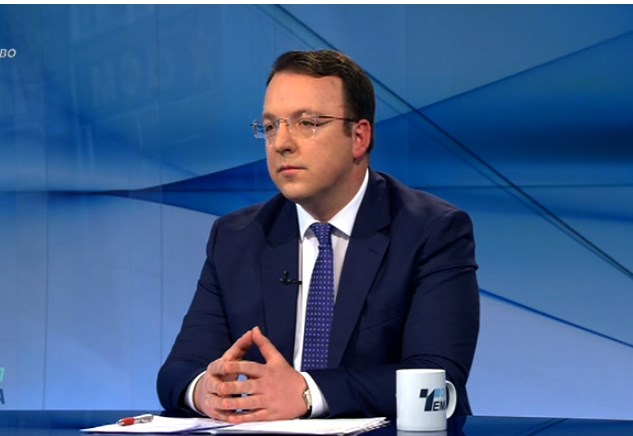 The elections on April 12 will not be fair, but VMRO-DPMNE is going to win anyway, said the party’s Vice President Aleksandar Nikoloski during a debate with his opposite in SDSM Radmila Sekerinska.

Regarding the campaign, from the very start it’s going poorly. The principle of a technical Government was violated when our Labour and Welfare Minister Rasela Mizrahi was removed from her position. That is not spirit of the agreement. We honored the agreement and the candidates of the opposition in 2016, when we also could’ve removed them from office, but SDSM was allowed to keep them in place for over a year. The removal of Mizrahi is a major blow to the credibility of the elections. Another such blow are the thousands of public sector jobs being given away after the caretaker Government was formed, in the de-facto pre-election period. And the third issue is the overall environment in which the Interior Ministry is operating, Nikoloski said, adding that despite all this, VMRO-DPMNE is going to win on April 12.

Nikoloski used the press conference to reveal additional allegations of corruption on teh part of the SDSM led Government. He informed the public that Healthcare Minister Venko Filipce is building a villa with one of the main suppliers of the Ministry, and have jointly purchased 15.000 square meters of land. According to Nikoloski, this is a clear conflict of interest, that goes to prove that there is not a single SDSM party official who is not somehow tainted with crime.

Speaking with Sekerinska, who holds the position of Defense Minister, Nikoloski also pointed to a number of suspicious procurement contracts he approved. He informed that the Ministry was purchasing equipment from suppliers who are also operating in Serbia. Same pieces of machinery were sold to Serbia at half the price which the Macedonian Defense Ministry paid.

Janusev: While we fight the epidemic, Sekerinska spends money on travel and lunches