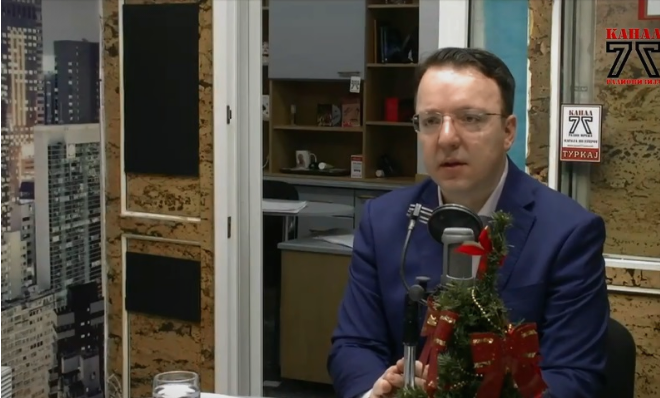 Responding to comments from Bulgarian Foreign Minister Ekaterina Zaharieva about the tens of thousands of Macedonians who sought Bulgarian citizenship, VMRO-DPMNE Vice President Aleksandar Nikoloski said that this only happened after Bulgaria gained EU membership. This made the Bulgarian passport highly sought for poor Macedonian citizens who saw it as a chance to travel across Europe at a time when Macedonia still didn’t have a visa free regime, and could also work with no restrictions in Western European countries. Bulgaria offered passports, but demanded that claimants declare that they are of Bulgarian ethnic origin.

Zaharieva should ask these 86, 87 thousand people how concerned they are for Bulgaria, and to ask them, why didn’t they claim Bulgarian passports sooner, before Bulgaria became an EU member state? Why did they even sought these passports if they don’t even live in Bulgaria, Nikoloski said.

Most of these citizens either continue to live in Macedonia and work and travel in the richer EU member states or have completely moved out in Western Europe.

The answer is simple. These people we going after a piece of bread and a better life, they took the passports and went to live in Germany, in France, in other EU member states, earn money and return home to help out their families in Macedonia, Nikoloski said, insisting that the phenomenon of Bulgarian passports in Macedonia is purely economic and not linked to a suppressed ethnic identity. Zaharieva insists that Macedonia discriminates against a large Bulgarian minority within its borders and cites the figure of dual citizenship holders as proof of this.

Nikoloski: To avoid spreading the contagion, VMRO-DPMNE demands that the census is conducted electronically

Nikoloski: SDSM wants to open the door for new, heavily polluting factories in the eastern part of Skopje