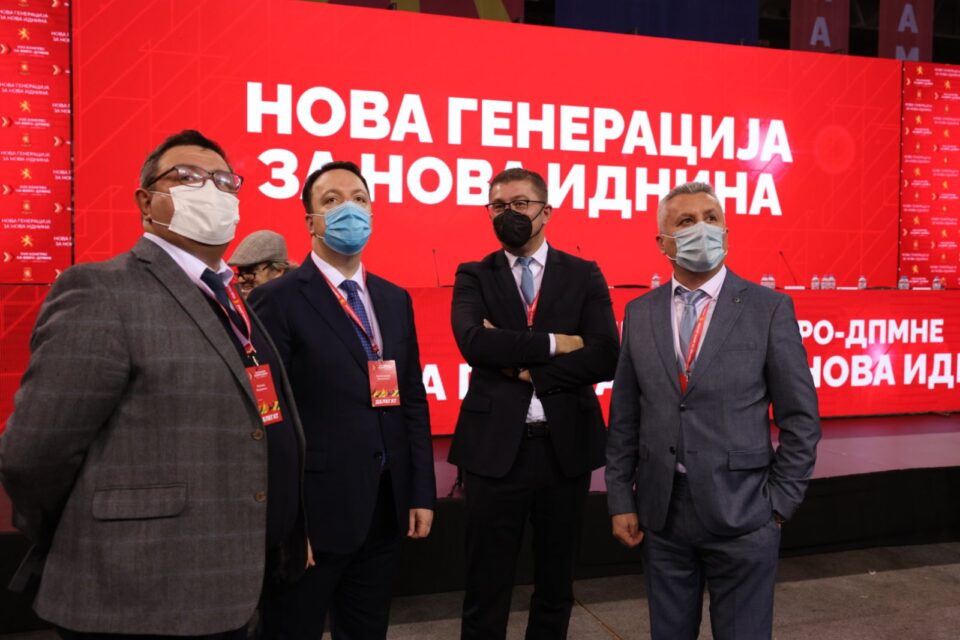 VMRO-DPMNE Vice President Aleksandar Nikoloski said that the new doctrine, that is expected to be adopted at the party congress today, is meant to appeal to a broader swathe of voters than the traditional conservative base of VMRO.

We move the party toward the center and we make an offer to voters who see themselves in centrist issues. In the area of the economy we even veer to the left somewhat, but of course, we remain firm on the traditional, national issues that are on the right. All who want less corruption and more economic growth are welcome in VMRO-DPMNE, Nikoloski said in remarks given to Kanal 5 TV, as the party congress is underway in the “Jane Sandanski” sports hall in Skopje.

Nikoloski said that the newly elected SDSM party leader, who is being elected today, will do well to sit down with VMRO leader Hristijan Mickoski soon, and to jointly arrange a date for new general elections that would take place early in 2022.