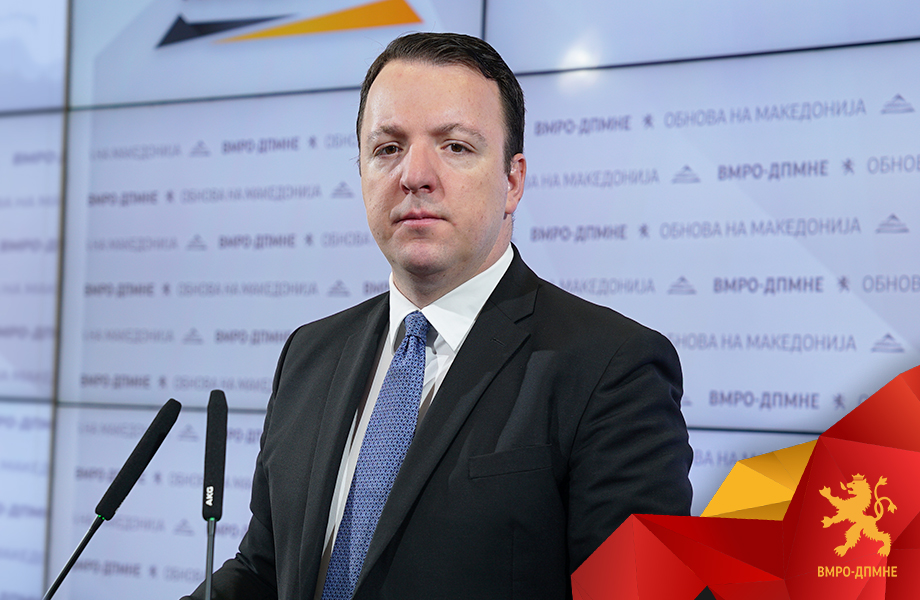 Aleksandar Nikoloski, who is among the leading officials in VMRO-DPMNE, especially in formulating the foreign policy of the party, speaks with Republika about the prospects of speeding up Macedonia’s EU accession under a VMRO led Government and the effects the many corruption scandals under Zoran Zaev, as well as his move to pair Macedonia with Albania in the EU accession had on the integration process. The interview was conducted shortly after the visit of newly appointed EU Enlargement Commissioner Oliver Varhelyi to Macedonia.

Commissioner Varhelyi was in Macedonia. What was his message and what do you expect to see changed in the approach and what do you hope to achieve under his term in office?

– Mr. Varhelyi is a great friend of the Republic of Macedonia and of VMRO-DPMNE. The excellent friendship between VMRO-DPMNE and the Hungarian Fidesz party should be put to good use, as should the long years of friendship and cooperation between Macedonia and Hungary. This is a great opportunity for Macedonia and for the first time we have such a great friend at the position of EU Enlargement Commissioner. I think his friendship and his desire to help Macedonia will have to be well employed. We expect that the Republic of Macedonia will be closely supported on its path toward its Euro-integration. Mr. Varhelyi is well acquainted with the situation in the region and the political situation in Macedonia. He is an exceptionally dedicated Commissioner, who has entered his task very ambitiously from the start, and with his support we hope that we will open the EU accession talks, and also quickly complete them, so that in the near future Macedonia can become an EU member state. 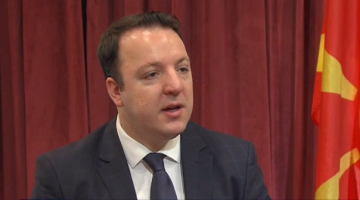 Following the French veto, a new EU enlargement methodology is being announced, as are a new EU progress report, a Balkan summit… What are the chances that we surpass the French veto in the near term? What is the reason that Macedonia found itself blocked yet again, after all it went through?

– There are two elements to this. One is the need to change the EU accession methodology. This is a French request – they don’t want to see countries join the EU unless they are fully prepared. It will take reforms and serious accomplishments if you want to be an EU member state and to have your citizens truly feel the benefits of EU integration. The reforms will be our task, and they are something we need to accomplish ourselves. Macedonia needs to conduct more reforms. Reforms which will fundamentally improve the life of the citizens. We need to fight crime and corruption and there can be no compromises about that. Zoran Zaev was convinced that all it takes is for him to change the name of the country and all world leaders will give him a pass on his rampant crime and corruption and the catastrophic implementation of reforms, and would still grant him a date to open the accession talks. The reality is that the only obstacle on the path toward the EU is the crime and the lack of reforms in Macedonia – that and the enormous mistake of the Macedonian diplomacy which got Macedonia lumped in a group with Albania. We need to take two paths simultaneously: one is to change the methodology of enlargement, where we, as a country, have no influence over, and the other path is to intensify our reforms. If changing the methodology is a task that is not up to Macedonia, the reforms are absolutely something that is up to us. Unfortunately, over the past two years Zaev failed to deliver on the reforms. On the contrary, we see that the has increased his personal wealth and that of his family many times over and we are witnessing countless scandals.

VMRO-DPMNE says that it has a plan to speed up Macedonia’s EU accession, and that it will cooperate with Commissioner Varhelyi in this regard. What is it that VMRO can do here, that SDSM can’t or won’t do?

– Right after assuming the responsibility of governing, VMRO-DPMNE has a pan to put the country on a fast track toward the EU. We plan to implement many reforms which are needed so that he Republic of Macedonia is prepared to begin its negotiations with the EU. SDSM frequently directly attacks the Hungarian politicians and Prime Minister Viktor Orban. Their ignorance of diplomacy brought Macedonia to this level. We believe that there is still time so that 2020 is not yet another lost year for us, and that if we complete the necessary reforms, together with the Macedonian people, we can make the changes needed for speedy progress toward the EU. VMRO-DPMNE is prepared to deliver on the needed reforms and our goal is to be strongly dedicated to this issue. We are asked to deliver on the rule of law, which is something we strongly support and our party will make the fight against crime and corruption one of the main priorities of the VMRO-DPMNE led Government. A strong economy, support for the rule of law, fight against crime and corruption: this is the way toward a successful country and speedy movement forward.

In the past three years we witnessed mass arrests of opposition officials and draconic punishment for one political side while politicians on the other side avoided any responsibility, no matter how serious the charges and allegations against them and despite the clear, publicly available evidence that proved their guilt. To what extent did this unequal application of the laws contribute to the October fiasco in Brussels?

– Pressuring the courts to deliver verdicts and the prosecutors to produce criminal charges is not in line with European values. You can’t join the EU with zero judicial reforms and with an unprincipled marriage between the Government, the judiciary and the prosecutors. Reforms in the judiciary are not conducted by releasing Zoran Zaev from his bribery allegations, a case in which we all saw and heard the tapes, how Zaev is asking for a bribe to be divided between his brother and the local clerics. We all heard a Mayor beat up a subordinate and is released with just a warning. On the other hand, there are the thousands of criminal charges against VMRO-DPMNE members. Brussels is informed of all this. In many instances I’ve noted how world leaders don’t want to be seen at the same table with criminals and bandits such as Zoran Zaev and his ilk. Let me remind the public that initially Vice Zaev, and now his brother Zoran Zaev are suing me for slander – that can only happen in Macedonia. Recently Zaev’s close friend, the Prime Minister of Albania Edi Rama took his lead and he is also suing for slander. This approach, with politically motivated charges and court verdicts will not move our country forward. 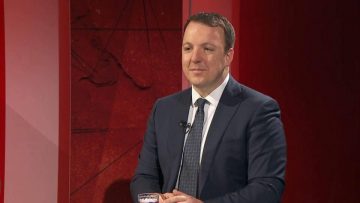 Macedonia is by now definitely part of a group with Albania in its EU accession process. How costly will this pairing be for us, and what are the odds to get out of this group – will they increase if VMRO-DPMNE forms the next Government?

– Unfortunately, as back as April 2018, even before the shameful name change, I warned that being placed in a group with Albania could prove to be very costly for our citizens and I warned that there is a secret agreement to deliberately keep Macedonia in the group with Albania. Macedonia was not given a date to open accession talks in June 2018, and again in June 2019 because it was placed in this group and because of the lack of reforms. It was an enormous mistake of the Macedonian diplomacy, to keep us linked with Albania. A smart diplomatic approach calls for breaking up this group so that we can become an EU member state faster. VMRO-DPMNE will work to implement the reforms and we hope that, instead of being in a group with Albania, we can complete our accession talks in a group with Serbia and Montenegro.

Nikoloski on the Racket scandal: Even small children know that the high level racketeering can’t be conducted without involvement of top Government officials

Nikoloski: Macedonians in Bulgaria have no minority rights

A specialized farming news site estimats that the proposed large scale sale of arable land in the secodn half of 2021 will cover up to 20 percent of all farmland in Macedonia. Pressed with huge financial problems, the Zaev regime hopes to net between 500 and 600 million EUR from the sale of state owned...
Macedonia 27.02.21 | 10:19