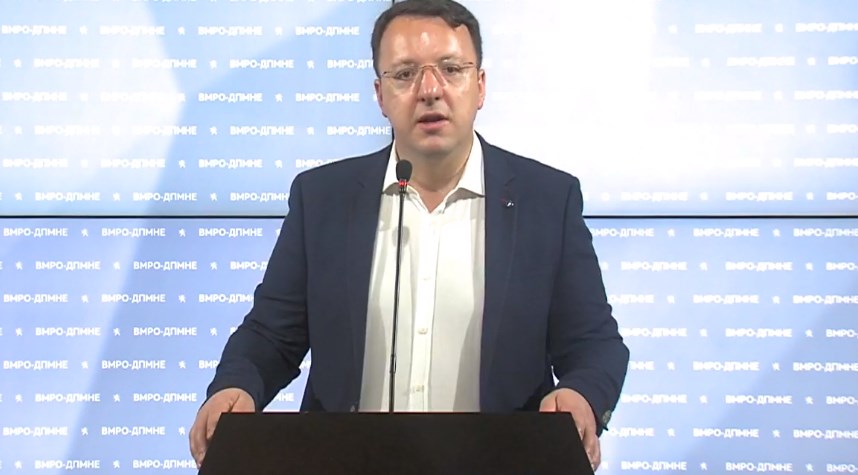 VMRO-DPMNE Vice President Aleksandar Nikoloski spoke about the scandalous decision to enable a major real-estate development by a controversial Montenegrin businessman in the Sitel TV news. Nikoloski said that the scandal will lead to windfall of 200 million EUR for the businessman Miodrag Davidovic – Daka, money which are expected to go toward advancing anti-Western policies in the region for which the businessman is well known.

How is it possible that such multi-million businesses are awarded to controversial figures, to a person known in Serbia, Montenegro and Bosnia as a supporter of radical factions and an opponent of the Euro-Atlantic integration of the region. These are the questions which Zoran Zaev and Ali Ahmeti need to answer, Nikoloski said, pointing to the fact that audio leaks, revealed before the elections, showed how Davidovic paid bribes to have the deal enabled and was promising to pay if it receives the green light. The project was approved by the Tetovo municipal council a day after the new SDSM – DUI led Government was formed.

– This is the same old coalition of parties united by their criminal activities and lies. We can’t talk about a new government, it’s the same old people doing the same old things,  Nikoloski said.

The Vice President of the main opposition party asked how is it possible that the Transportation Ministry, led by SDSM, approves a spatial plan proposed by the DUI dominated Tetovo council in just seven days. The project would add a thousands of appartments to the already overcrowded ciy which is struggling to provide potable water and flowing traffic for the existing number of citizens.

Nikoloski: VMRO-DPMNE will make finishing the road to Prilep priority number one

Nikoloski: Macedonia is ruled by a mafia